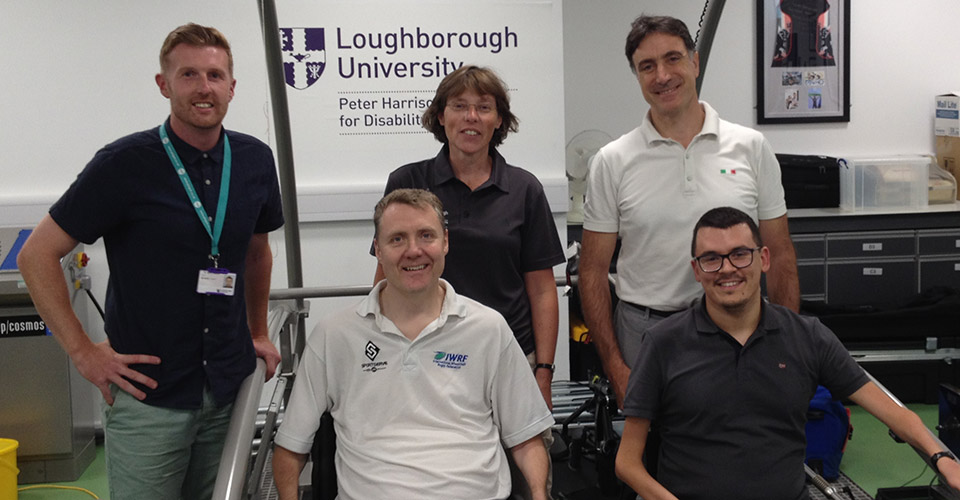 Since 2015, the Peter Harrison Centre (PHC) has cooperated with the International Wheelchair Rugby Federation (IWRF International Wheelchair Rugby Federation : Home (iwrf.com)) in developing Evidence Based Classification according to the standards of the International Paralympic Committee (IPC). In 2018, this was formalised when Viola Altmann, one of the IWRF classifiers, was appointed as a visiting fellow at the PHC. She is a medical doctor in Rehabilitation medicine in the Netherlands, working in Klimmendaal rehabilitation centre. Klimmendaal is situated next door to the national Olympic and Paralympic sports centre Papendal in Arnhem (Homepage - Papendal) and there is a close cooperation between Klimmendaal and Papendal. Viola has completed a PhD in Leuven, Belgium in 2015, “Impact of trunk impairment on activity limitation with a focus on wheelchair rugby”. She combines her clinical work with research in Paralympic Sports. Until 2020, her research was conducted at the PHC with the aim to assess the relationship between arm strength impairment and activity limitation in wheelchair rugby. The project received a grant from the IPC and was also funded by the IWRF and the PHC. It resulted in several presentations and two publications:

Validity and reliability of isometric tests for the evidence-based assessment of arm strength impairment in wheelchair rugby classification.

After this successful period, the IWRF and the PHC were keen on extending and expanding their cooperation. In January, Viola Altmann was awarded the title Honorary Clinical Lecturer in Rehabilitation until 2025.  The focus of research will remain on the development of Evidence Based Classification in wheelchair court sports. The first step will be the development of standardised tests for ball activities in wheelchair court sports. As a basis for this, a literature review was conducted in 2020.  Standardised ball activities will be added to the already existing standardised tests for wheelchair activities to facilitate ongoing research in the impact of arm impairment on activity limitation, in which the focus will extend from weakness in the muscles around the shoulders and the elbows, to include weakness in muscles of the wrists and the hands. In cooperation with Klimmendaal, there will be a second research line focussing on arm coordination impairment.

The first research article for this topic was accepted for the Journal of Sports Sciences in January 2021:

Dr Barry Mason Commented "It was fantastic to receive the news that Viola’s honorary position at Loughborough has been extended. As Viola has stated, we achieved a lot together during her previous tenure with lots of insightful articles and presentations that have furthered the understanding around classification in wheelchair rugby. On a personal note, I have learnt a huge amount from my time spent working with Viola on classification. So much so that I have since been able to become involved with classification projects in other Paralympic sports.

I am looking forward to continuing this collaboration to further our understanding on classification across all impairment types in wheelchair rugby. To date, a lot of our research has focussed on strength impaired athletes. However, numerous other impairment types are eligible to compete and a first priority will be to further some of Viola’s preliminary research into coordination impairments and their influence on performance."