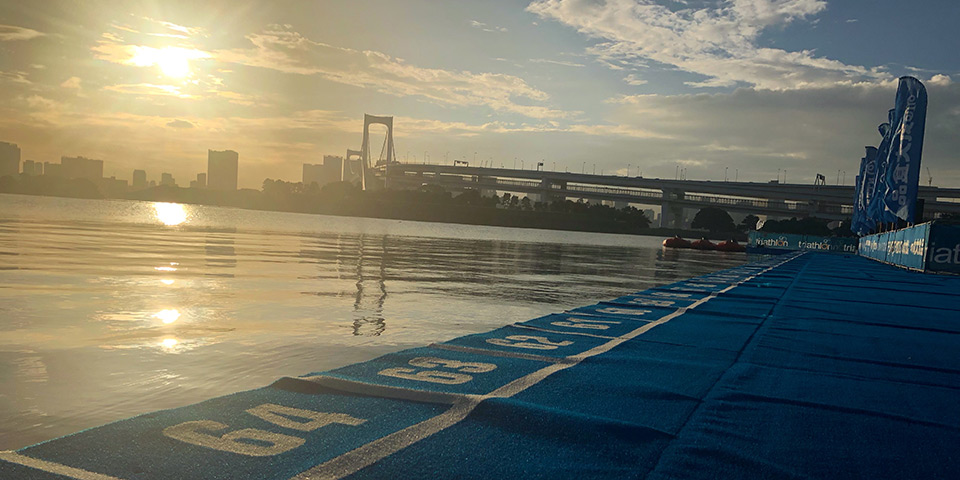 This August, British Triathlon headed to Japan for a combined Olympic and Paralympic Games Test Event in Odaiba Bay, Tokyo.

The Paratriathlon competition was held on the third day of competition in oppressive conditions. Temperatures upwards of 35oC, and high humidity, provided a worst-case scenario for what athletes can expect at the Games next summer.

Athletes not only had to content with challenging environmental conditions but also a late change in race format. At 4:30 am, just hours before the scheduled first race, the event was changed to a duathlon. High e-coli levels in the bay meant athletes had to change their routines and undertake run-bike-run race. This also resulted in a more condensed race schedule and change to the bike route. Despite all the unforeseen challenges, the event provided invaluable familiarisation to potential Tokyo conditions in all aspects.

The British cohort not only came away with knowledge of what’s to come in 2020 but also with a respectable medal haul in what was a World Cup race. Joe Townsend claimed gold in the men’s PTWC race despite a puncture in his race chair. Fran Brown won the women’s PTS2 race with Lauren Steadman followed home by Claire Cashmore to cap a British 1-2 in the PTS5 category. Dave Ellis, guided by ex-Olympian Tim Don, won the men’s PTVI race. Melissa Reid (PTVI) and George Peasgood (PTS5) claimed silver and bronze, respectively. Elsewhere, Jade Hall was 4th (PTWC), Steve Crowley 9th and Hannah Moore did not finish through injury.

Find out more in our upcomming newsletter!