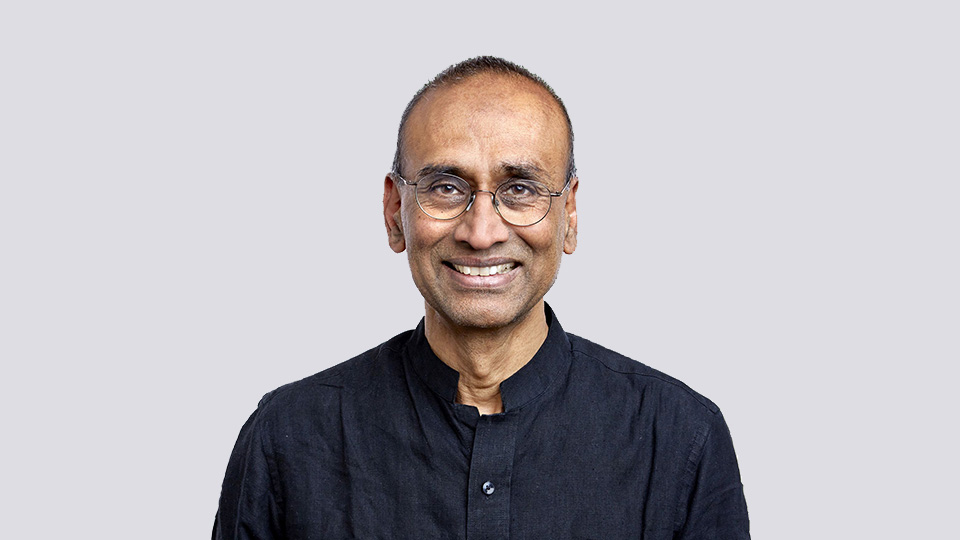 Nobel Prize-winning biologist Professor Venki Ramakrishnan will be at the University this week presenting a lecture on migration in science.

The President of the Royal Society will discuss the implications for post-Brexit Britain on Friday 18 May as part of a series of events on migration led by the Institute of Advanced Studies (IAS).

The newly-established IAS, which is directed by Professor David Deacon, looks to promote an outstanding, interdisciplinary research environment at Loughborough by supporting collaborations with leading international scholars, and it invites high-profile names on campus for exciting formal and informal events.

Professor Ramakrishnan has made numerous contributions to science and has helped advance our understanding of the ribosome – a site within living cells where the genetic information is read to synthesise proteins from amino acids.

In the past, he has also worked on histone and chromatin structure, which increased knowledge on how DNA is organised in cells.

Professor Ramakrishnan received the Nobel Prize in Chemistry for his work on ribosomal structure and was knighted in 2012.

He is a member of the US National Academy of Sciences, Leopoldina and EMBO, and a Foreign Member of the Indian National Science Academy. In 2015, he was elected as President of the Royal Society for a five-year term.

Commenting on the upcoming talk, Professor Ramakrishnan said: “Science is international and has flourished by being open to people, who bring new ideas, techniques, and viewpoints.

“Science in the UK has benefited by being open to talent from all around the world and we must preserve that openness.”

Professor Ramakrishnan’s Loughborough visit has been organised by Associate Dean of Enterprise Professor Darren Smith, who is the Academic Lead for the IAS Migration Theme.

Professor Smith commented: “We are absolutely delighted that an esteemed academic of Professor Ramakrishnan's international standing will be visiting Loughborough University to speak on the topical issue of the possible effects of Brexit on migration in science.

“Professor Ramakrishnan has provided numerous high-profile interventions on this topic, and he has greatly shaped public debates on science in migration.

“The visit of Professor Ramakrishnan exemplifies the key aim of the Institute of Advanced Studies, to stimulate debates and insights on the grand societal challenges.”

The ‘Migration in Science - implications for post-Brexit Britain’ talk will take place in The Turing, Sir Dennis Rooke, from noon until 1pm and will be followed by a networking lunch.

It is a free event and is expected to be attended by Loughborough Vice-Chancellor Professor Robert Allison and a number of local dignitaries.

Those wishing to book a place can do so here.