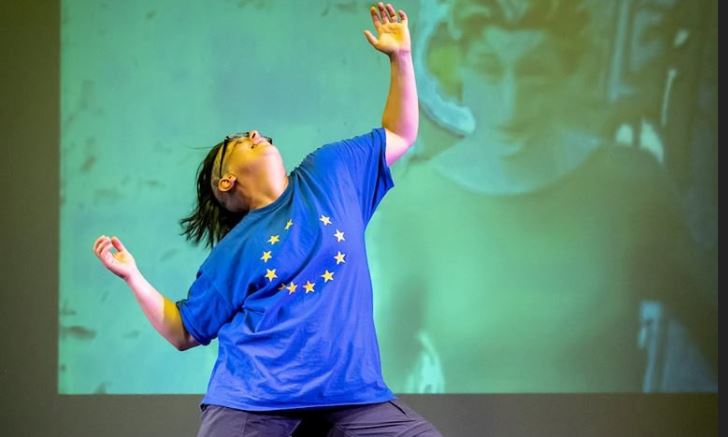 Rita Marcalo is a Portuguese dancer and choreographer who will be hosted by Dr Gillian Whiteley through our Nation theme. During her visit she will talk and show the performance of ‘One Last Dance'. One Last Dance – An Chéad Damhsa is a perambulating dance between Guildford (the location she lived in when she first arrived in the UK as an Erasmus student in 1994) and Cloughjordan (the rural Irish village that she has moved to post-Brexit).

Following the Brexit vote, One Last Dance – An Chéad Damhsa is her ‘final love letter’ to the UK. As she danced her way through the UK she met (and stayed with) other EU citizens who walked/danced part of the way with her, including Fred Dalmasso here in the UK. Each EU citizen choreographed a section of One Last Dance, and all choreographic sections are linked to one another. Eventually, she reached her final destination (Cloughjordan), where she performed the entire accumulated choreography. The 2-month long perambulating dance is documented on film. She hopes that the work will have contributed to an increased awareness around the Home Office’s hostile environment policy towards immigration in general, and more specifically to those EU citizens who will acquire settled status in the UK.