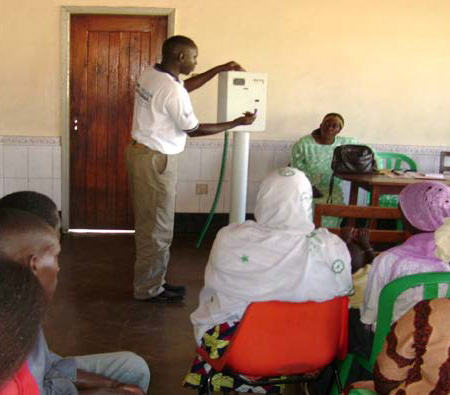 Research conducted by WEDC experts has resulted in safe water supplies for over a million people.

Less than 20% of the population in sub-Saharan Africa use piped water. In urban areas, non-piped sources – including boreholes, springs and hand-dug wells – are highly susceptible to contamination.

Research conducted by experts from the University’s Water Engineering and Development Centre has helped more than one million people to access safe urban water services – enhancing their health and quality of life.

Three major projects confirmed that many people would pay for piped-water services, but that the cost – particularly the initial installation charge – is too high. The work also established a methodology for implementing Water Safety Plans.