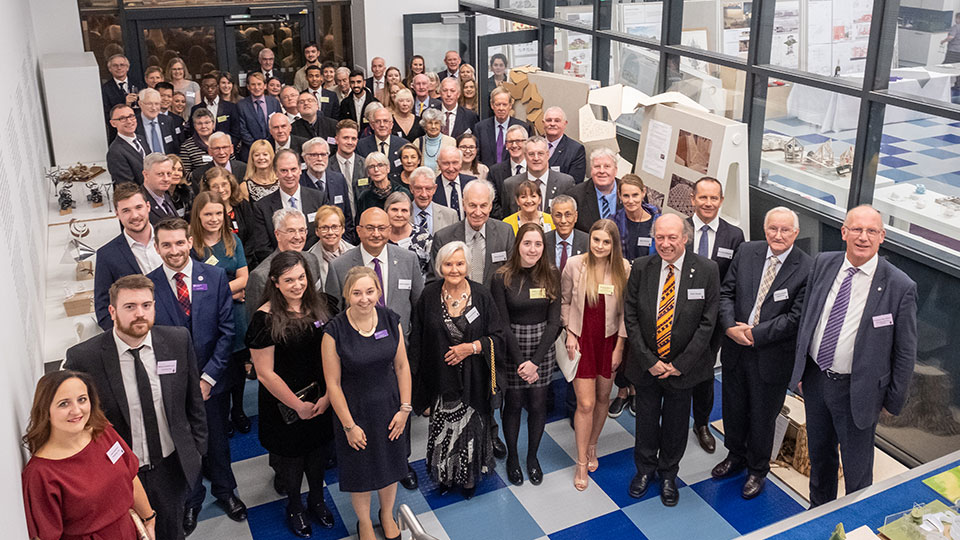 Loughborough University’s Vice-Chancellor Professor Robert Allison welcomed members of the Schofield Society for an annual event which took place in the Hewson Studios and the Loughborough Stadium on 17 October. 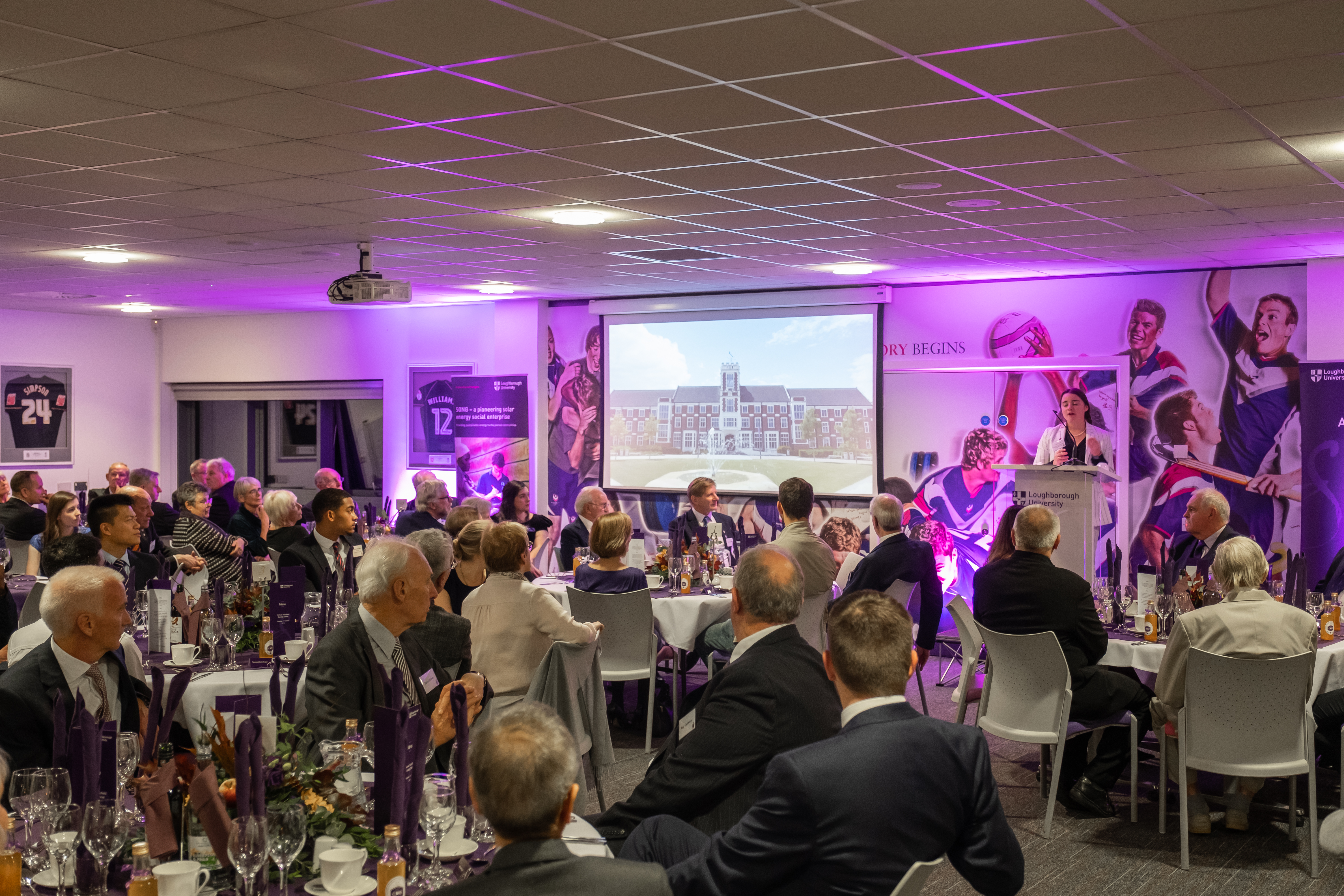 The Schofield Society – which was founded in 2010 and named after Dr Herbert Schofield, Principal of Loughborough College for 35 years – recognises leading donors to the University. Members have generously donated £1,000 or more in the last year to a broad range of initiatives at Loughborough, from scholarships for disadvantaged students to research into dementia.

The evening event – themed around the topic of sustainability – celebrated and thanked the Society’s members who have contributed to the University over the last twelve months. Guests enjoyed an exhibition of student and staff sustainability initiatives over drinks in the Hewson Studios before proceeding to dinner at the Stadium.

At the dinner, Professor Allison gave a speech highlighting the impact of donations on the student community and announced that this year the University welcomed the 150th philanthropy-funded scholar to Loughborough.

Professor Brown gave a keynote presentation on a five-year £40m research programme which seeks to move people away from cooking with charcoal and wood, and towards cooking with sustainable sources such as solar power electricity. The Modern Energy Cooking Services (MECS), in partnership with the World Bank and the Department for International Development, seeks to prevent illness and deaths from air pollution caused by cooking with coal and wood, and improve lives for millions of people in the developing world in at least 15 different countries.

Each year a third of the investment into new initiatives at the University comes from charitable donations, and since 2010 members of the Society have donated more than £10m towards a variety of initiatives and projects.

Their contributions have supported: scholarships for over 150 students, schemes to build and enhance campus facilities – including STEMLab and the LSU ‘Student Voice’ space – plus international development projects across 30 countries such as Zambia, South Africa, India and Sri Lanka.

Professor Robert Allison commented: “Without the generous and visionary support of donors, this University would not support student community, nor be making a global impact through research, enterprise and sport, in the way that it is today.

“On behalf of the 150 students whose lives you have transformed with scholarships, the researchers whose work can be translated to real impact across the world and the athletes pushing the boundaries of what we thought possible – thank you for your faith in us and your commitment to the University.”

In keeping with the sustainability theme, the menu for the evening featured vegan and locally sourced produce. A bottle of apple juice grown on campus and bottled by the University’s Sustainability team was also given to each guest as a take-home gift.