Engineers have brought a 180-year-old feature of Britain’s railways into the 21st century with a redesigned track switch that is expected to significantly reduce repair costs and delays.

Loughborough University’s Repoint project began in 2011 with a view to improving the safety and efficiency of rail technology that was first patented in 1832.

The new Repoint switch uses three motors to lift and shift the rails from left to right to change the direction of an oncoming train.

Current track switches slide the rails, but any malfunction means the track has to be closed, and timetables suspended, until repairs have been made.

And despite representing less than 5% of the network, the UK’s 20,000 switches account for more than 15% of the maintenance budget.

Dr Chris Ward, a lecturer in control systems engineering at Loughborough, said: “The UK’s current switches were designed before Queen Victoria ascended to the throne.

“At the time, they were a marked improvement on the preceding sliding rails, but that was more than 180-years-ago and with the technology available to use today it makes sense to bring them into the 21st century.

“We’ve all been on a platform at some point and there’s been a signal failure or a points failure and these can, in many instances, be attributed to a track switch failure.”

With Repoint, each of the switch’s three motors (each seen in yellow above) is capable of safely completing the motion on its own, meaning that two can fail and trains can continue to operate as normal along the line – engineers can then repair the fault when the track is not in use.

Between 85% to 90% of points failure related cancellations could have been prevented last year if Repoint switches were in use, said Dr Chris Ward.

“When one actuator fails the others can operate the switch.

“So, provided that the failed one is repaired or replaced before the other two fail the switch, as a whole, will continue to operate.”

There are approximately 10 to 15 switch failures a day, according to figures from Network Rail.

The technology was unveiled on January 31, to guests from the rail industry, including representatives from Network Rail, the Department for Transport and Transport for London.

Repoint uses its three motors, or actuators, to bend the rails up and over into position.

Bending the rails takes away any risk of failure in repositioning them, said senior research associate Dr Tim Harrison, as they naturally snap back into place due to the force (potential energy) pushing them back down.

He said: “When the rails are in the lowered position, they are locked in place and cannot move laterally.

“The Repoint mechanism cams to first lift the switch rails, then move them across and lower them into the opposite position.

“If the power fails, gravity and the spring of the rails forces them back down into the locked position.”

With the support of the RSSB (Rail Safety and Standards Board) and the Government, the technology has been demonstrated in a working environment – significantly beyond where universities normally work.

The Repoint team now aim to engage with commercial partners to ensure deployment of the technology on the UK and international rail networks. 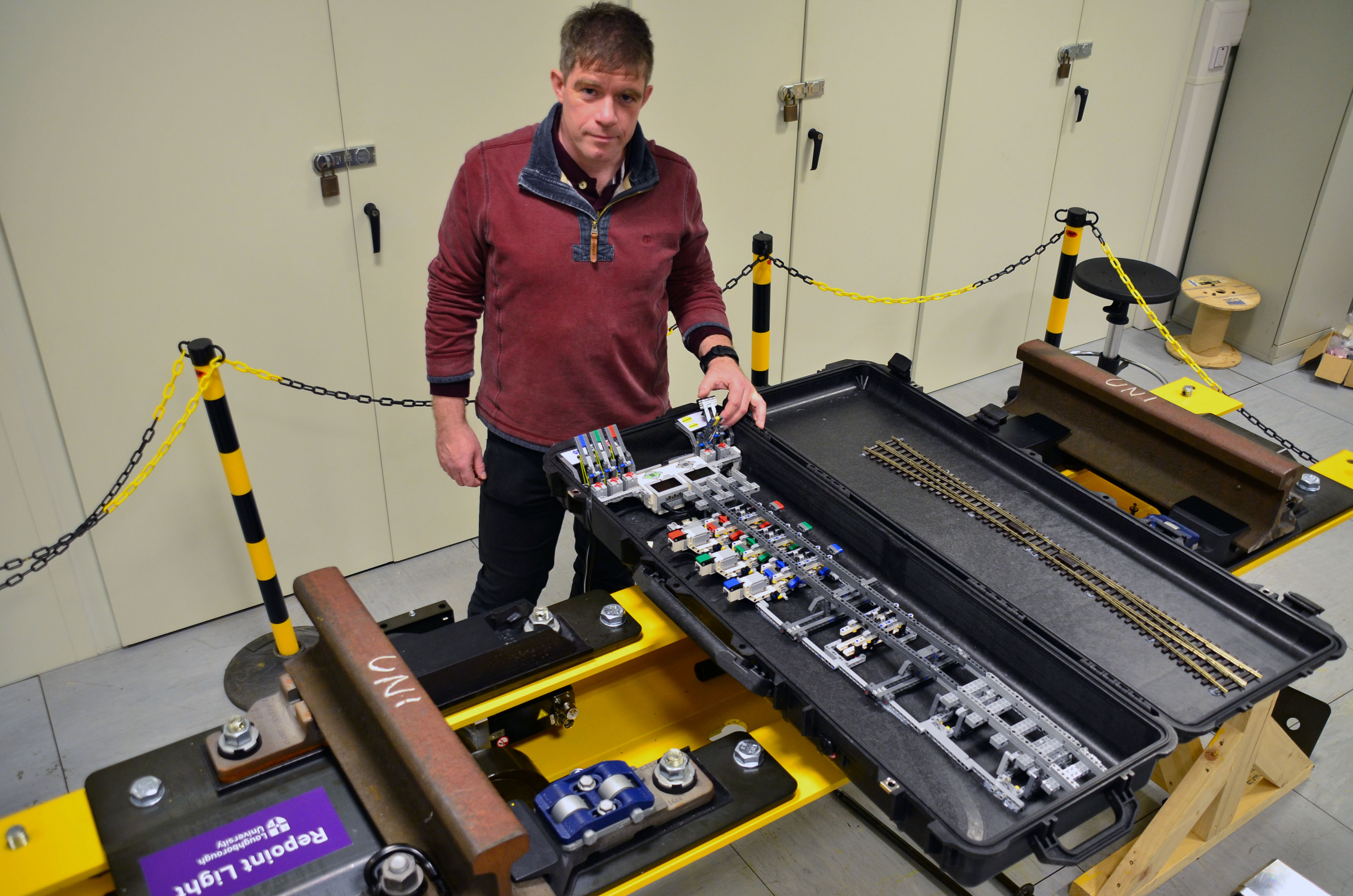 Loughborough University would like to thank Great Central Railway (GCR) for its support and for supplying the engines used in these photographs and videos. 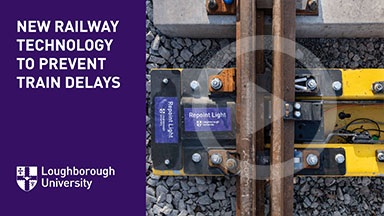 Content free to use on your channel, including edits using raw footage/audio. Please credit 'Loughborough University' where possible.

More about the Great Central Railway

Voted number 12 on the list of the 50 greatest railway journeys in the world the Great Central Railway is the UK's only double track, main line preserved heritage railway.

It’s the only place in the world where full-size steam engines can be seen passing each other – just as it was when steam ruled the rails. The preserved railway celebrates its 50th anniversary in 2019 and is manned by around 700 volunteers and a small team of permanent staff.

Preservation of this section of the Great Central Railway began in 1969.

The route was originally part of a main line from Sheffield to London. The 8-mile preserved section between Loughborough and Leicester is fully operational and the four stations reflect a different period of the railway's 111-year history. Around 125,000 visitors a year come to the railway from all over the world.

Trains run every weekend of the year, bank holidays and daily in the summer.

The railway has won a number of awards including “independent railway of the year”, and a gold award for the East Midlands best visitor experience and is a quality assured visitor attraction as designated by Enjoy England.