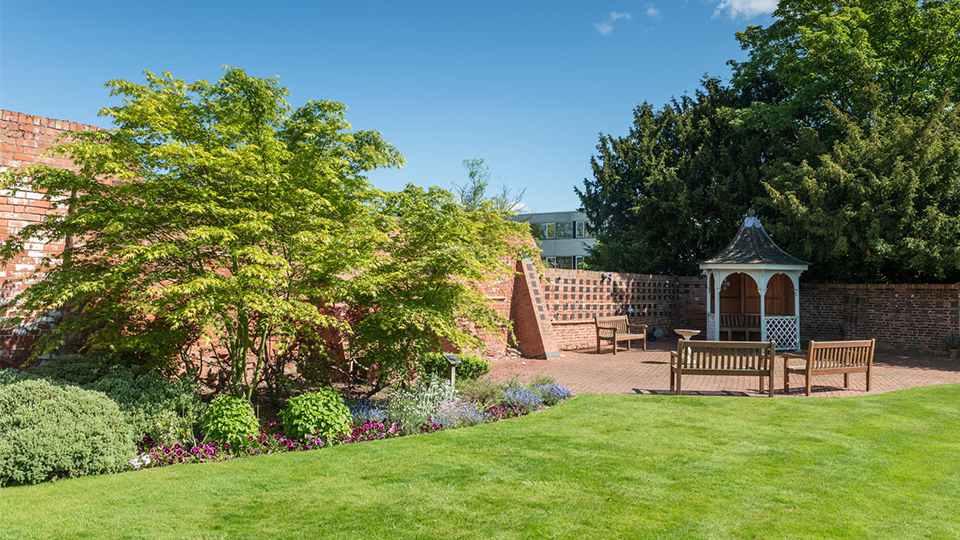 Bloomin’ brilliant! Loughborough has once again been awarded gold at the East Midlands in Bloom Awards – and the University helped contribute to the success.

Bloomin’ brilliant! Loughborough has once again been awarded gold at the East Midlands in Bloom Awards – and the University helped contribute to the success.

It is the eighth time the town has been awarded the accolade since it began competing in 2009, and this year Loughborough has also been named the winner of the ‘Best Small City’ category.

The competition encourages communities to improve their surroundings through the imaginative use of trees, shrubs, flowers and landscaping, whilst trying to achieve a sustainable environment that is litter free.

The East Midlands in Bloom judges visited Loughborough earlier this year and they were provided a tour of the town’s different beauty spots, including the university campus.

They were shown key green spaces enjoyed by staff, students and members of the public such as the Garden of Remembrance, the Landscape and Gardening Society plot and the Epinal Way entrance – which features the flower bed outside the swimming pool.

This year, the flower bed has been designed to represent the Dove of Peace to mark the 100th anniversary of the World War 1 Armistice.

A special mention was given to the University in the judge’s report; the officials complimented the campus’ “beautiful landscaped grounds” and congratulated Loughborough University’s Garden Manager, Kaz Setchell, and the Grounds and Gardens team on their hard work.

Commenting on the success, Kaz Setchell said: “Being part of the Loughborough in Bloom initiative since 2009 has been an exciting opportunity to showcase the excellent work the Gardens team has achieved throughout the year, and working alongside other partners and community groups has been very rewarding.

“The outstanding feedback we received this year in particular from the East Midlands in Bloom judges made me feel proud to have such a dedicated team.”

The Grounds and Gardens team is part of the Loughborough in Bloom group which is made up of residents, local organisations and community groups in and around Loughborough.

The award news follows a recent announcement that the University has been granted a prestigious Green Flag Award - marking it out as one of the nation’s best green spaces.

More information on the Grounds and Gardens team can be found in the below video.