What will the Sainsbury’s and ASDA merger mean for shoppers and the supermarket sector? 4 May 2018

The marriage of ASDA and Sainsbury’s will create a dominant giant which will need to be kept a close eye on if customers are to be protected, writes Dr Jon Seaton. 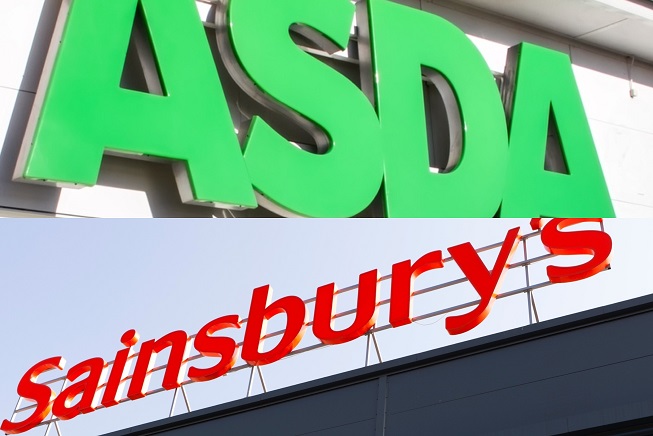 The call for the Competition and Markets Authority (CMA) to step into action following the news of the merger between two of the four biggest retailers in the UK broke earlier this week.

Some believe the CMA may review the proposed merger purely in terms of this hinted price cut which benefits consumers, but others argue they should widen their investigation to supply chain issues, including the impact of increased power over farmers, other suppliers, consumers and market entry.

The £15bn partnership could give the new uber-giant 30% (some argue a future 60%) market share shifting rival Tesco from the supermarket top spot.

So, we have to ask, “who benefits from the increasing thirst for power, diversification and concentration of the market suggested by potential merger mania?”

We have heard some great and enthusiastic potential benefits muted by Sainsbury’s bosses – potential for 10% drop in prices.

This might be true considering the merger between Morrisons and Safeway was also accompanied by price cuts across the sector.

But increasing diversification and mergers can also help managers and directors secure their positions and of course their pay rises, but lower long-term returns to shareholders.
So how can they ensure success and dominance?
For any business to gain ultimate power of the market it must evolve either by natural organic growth, merger or takeover of other firms.

They need to gain control of their competition, the consumer, the suppliers, the threat of new entrants and alternative products.

This is exactly what has been happening in the UK grocery market – Tesco has evolved rapidly by powerful marketing, growth of large format stores, and quite frankly knowing what the UK consumer wants.

Recently they captured a supplier in the form of Booker for £4billion – a wholesale giant – thus joining together the largest retailer with the largest wholesaler.

This means dominance of their supplier costs to some extent and much more control of distribution.

Many of the retailers like Morrisons, Ocado, Waitrose and others have tried to capture other buyers – gaining greater access and control over the consumer whether this is the online format, loyalty cards, brand identity, or more importantly nowadays, the small format stores championed by Lidl and Aldi.

Morrisons cleverly snapped up a food selling deal with Amazon.

Then there is diversification of alternative products and markets like clothing, financial services, etc within the sector which has been a dominant feature of their growth recently.

Superstores and hypermarkets can be retail heaven for many, and hell for others just wanting a simple short trip for a packet of biscuits.

Sainsbury’s £1.2bn takeover of Argos was a remarkable – and positions Sainsbury well in the non-food sector.

New entrants like Amazon, Lidl and Aldi are challenging the power for the big four (Tesco, Sainsbury’s, ASDA and Morrisons) by undercutting the large format store concept. 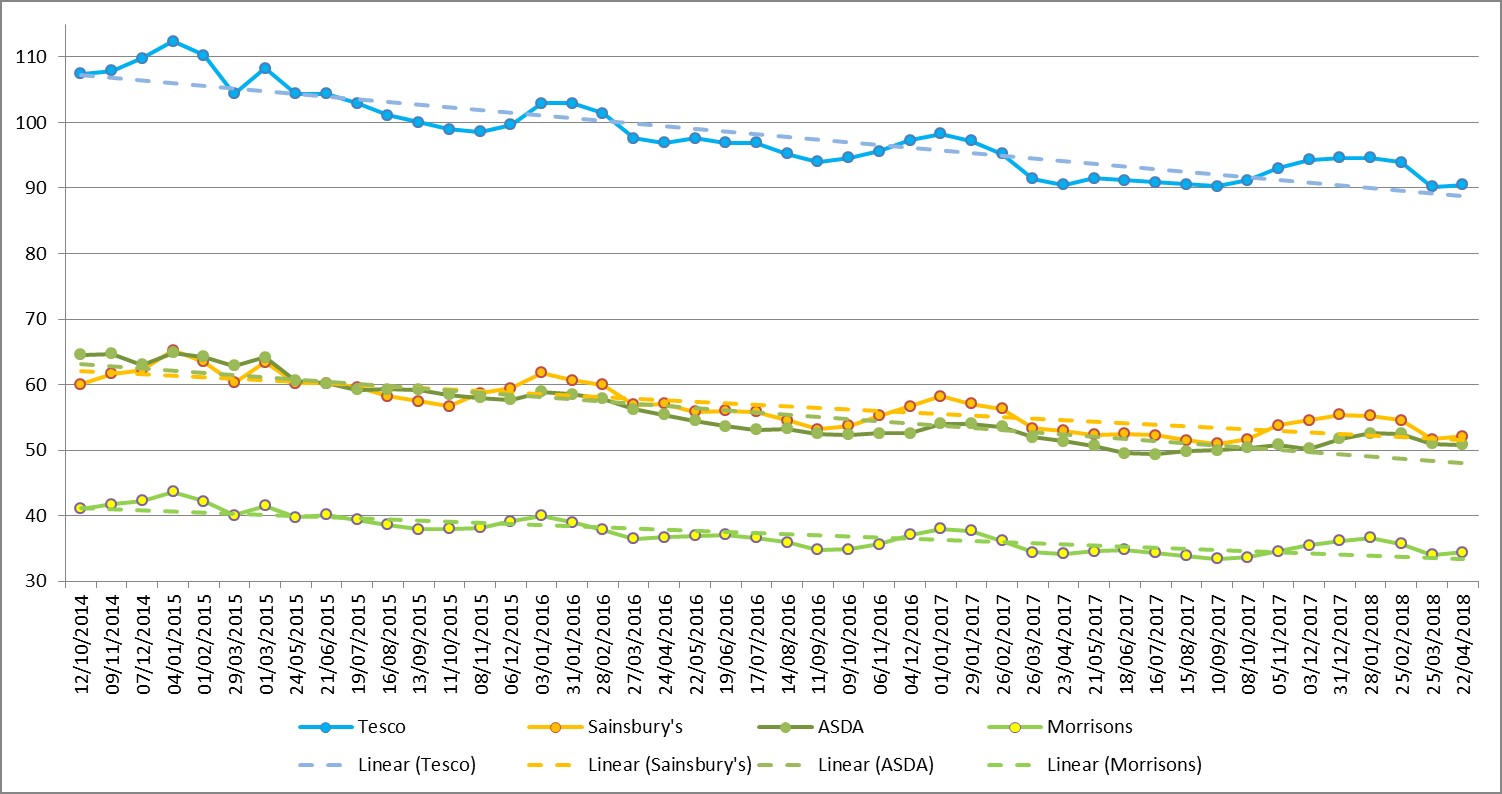 For the big four dominating this force does not seem to be in their grasp.

For example, if we plot the market share for five years of the big four relative to that of the challengers, we find a continuous decline in the trend market share.

The blips indicate the Christmas boom the big four experience.

This glitch tells us a lot – it indicates that the large format stores (essentially department stores) are popular when either the weather is bad, or consumers want to get in the big shop including many diverse products.

For the most part - the long-term – out trend is for penny-conscious consumers to shop more frequently just for what they need on the day – and that is better done in Lidl and Aldi.

These smaller format stores often close to work or home contrast to burning fuel, finding parking places and fighting crowds in confusing unfriendly big format stores is something the UK consumer is shunning.

The merger of Sainsbury’s and ASDA will not resolve this problem unless substantial savings in distribution, managerial, labour and supplier costs can be found.