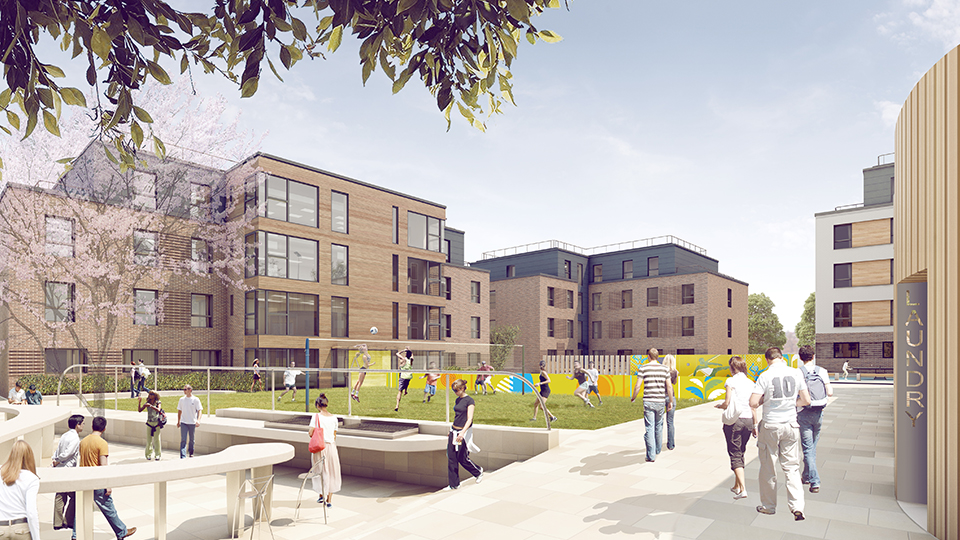 A new hall of residence on the Loughborough University campus is set to be named after Claudia Parsons, one of the UK’s first women engineers. 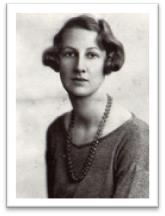 Claudia attended Loughborough between 1919 and 1922. She graduated with a degree in Automotive Engineering and was one of just three women on a course of over 300 men.

Claudia’s passion for engineering and motors never ceased and she became chauffeur companion and the first woman to circumnavigate the globe by car. She was also an author, writing about her experiences in two books.

In recognition of her work in women’s engineering, the University hosts an annual lecture in her name, which aims to raise the profile of women working in science, technology, engineering and mathematics.

Just over 600 new en-suite student bedrooms are currently under construction on the Loughborough site. The rooms are being built due to ongoing demand from new and returning students for accommodation on campus.

Located alongside the University’s new Elite Athlete Centre and Hotel, the new accommodation will be configured in 10 blocks. It will include cycle storage and a common room. In line with other residences on campus, there will also be a full warden team based on site to provide pastoral support to students.

Vice Chancellor, Professor Robert Allison comments: “The name of Claudia Parsons is an important one in Loughborough’s history. She challenged the conventions of her time and there can be no doubt that she blazed a trail for women working in engineering today.

“We are delighted to honour her life and career by naming a new hall of residence after her.”

President of Loughborough Students’ Union, George Etherington said: “It’s fantastic that a new Loughborough hall of residence is being named after such an inspirational woman. Claudia Parsons achieved so much in her lifetime, and we’re delighted to honour her achievements through the new hall.”

On hearing about the new name, Claudia’s cousin Emma Parsons said: “‘Claudia would have been delighted by this, though surprised, for although she was a force, she was also modest and self-deprecating.

“She was an inspiration to me and the other women in our family. As her sister Betty once said, Claudia broke ‘the ice of convention that held women down to certain jobs but denied them others.’ It’s wonderful to know that her name at Loughborough lives on.”

To coincide with the announcement of the new name the University has joined forces with Loughborough Students’ Union to launch a competition for students to create a logo for the new hall. The winning design will be confirmed later in the year.

Halls of residence are an integral part of Loughborough’s award winning student experience. The new Claudia Parson’s Hall will welcome its first full cohort of students in September 2019. It will bring the number of halls on campus to 17.