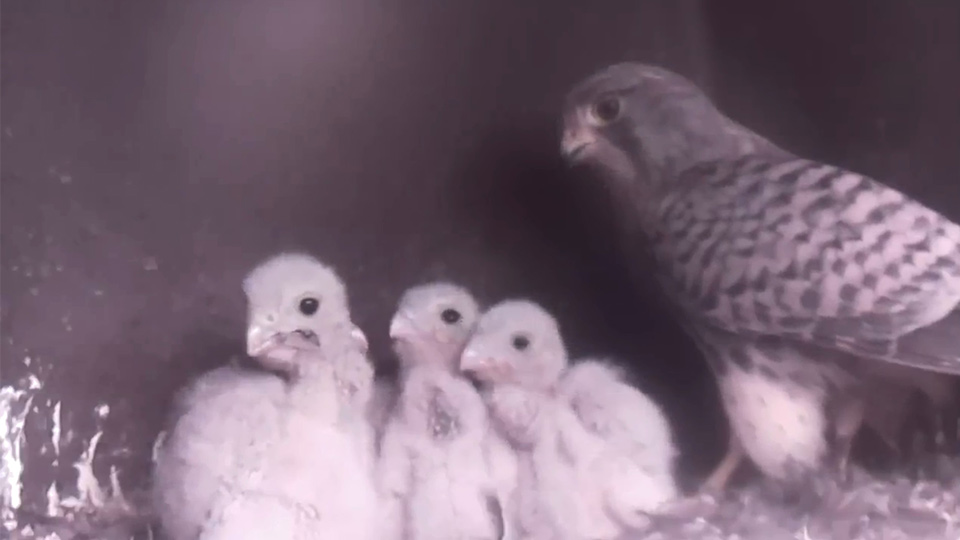 The pair of kestrels that returned to their nest on campus several weeks ago are now caring for four chicks! 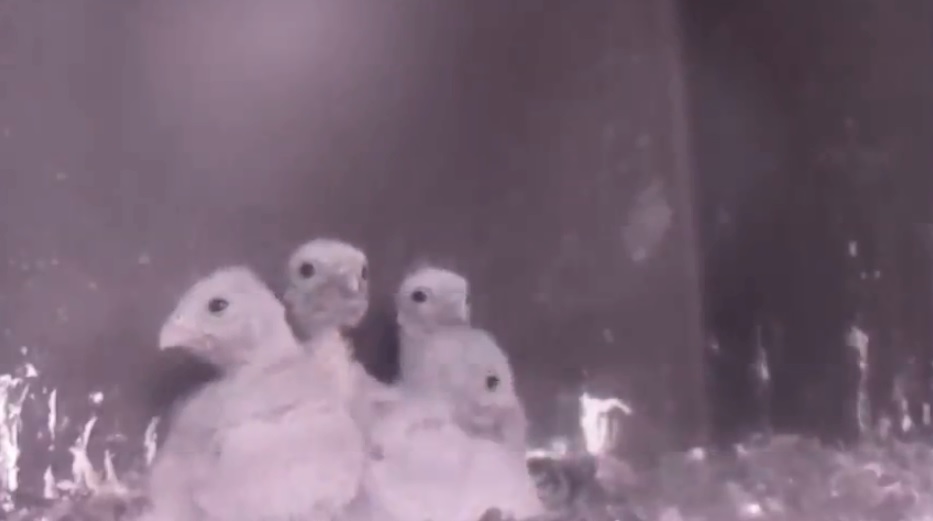 The birds – known collectively as a flight, soar or hover – have been nesting at the University for the past five years.

Initially, they nested on a site that was difficult to monitor, so a nest box was set up in a more accessible area near the University’s Science and Enterprise Park.

Thanks to the University’s Senior Arborist Mark Hillman, Arborist Helen Exley, Computer Systems Developer Dr Jon Knight and the Sustainability Team, the world can watch the birds’ every move as the nest has been fitted with a live camera.

At the end of May, four eggs hatched and now a group of little feathery friends can be seen eating, sleeping and interacting with one another.

Senior Arborist Mark Hillman commented: “The kestrel is a good mother and with the weather being so warm, she no longer needs to keep the chicks warm as they all huddle up together – I think they look like penguins in a snowstorm!

“The chicks are starting to get their first feathers, that’s why they are preening so much. We will start to see the new feathers showing through the fluff in the next day or so.

“The chicks should be ready to leave the nest about four weeks after hatching which in this case started on the 25 May.

“You can tell if the chicks have all been fed enough if you look closely at their lower neck – you can see a bulge, which means that their crops [a pouch in a bird's gullet where food is stored or prepared for digestion] are full.

“So far they have all been getting plenty!”

The successful breeding of the kestrels is thought to be largely due to the way in which biodiversity is managed both on and around campus.

The University’s Grounds and Gardens team has supplemented the wildlife diet by putting out grain in a number of locations the kestrels use to hunt.

An increase of grain has also encouraged more rodents for the birds to feed on.

The live stream of the nest can be found on the Sustainability Team’s YouTube channel. For more information on the kestrels at Loughborough, click here.