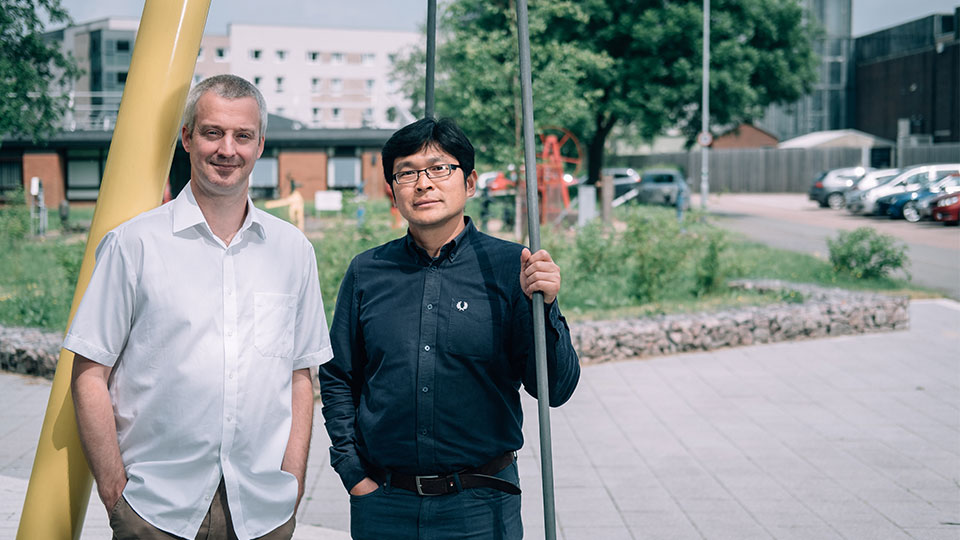 Professor Liang has research expertise in computational hydraulics; he has developed high-performance mathematical and numerical models to facilitate sustainable management of hydrosystems interrupted by natural hazards such as floods, tsunamis, debris flows and landslides.

He has been a visiting professor at a number of universities in Japan and China and is the former Professor of Hydrosystems Modelling at Newcastle University. He is also Vice Chair of the IAHR/IWA Joint Committee on Hydroinformatics.

Professor Liang, who joined the University this month, said of his appointment: “I have started to work on a number of things such as preparing grant proposals and discussing new degree programmes with colleagues.

“At Loughborough I will continue to develop cutting-edge research on natural hazards, risk and resilience and I hope to collaborate with colleagues to develop a leading research programme in this field. I’ll also actively contribute to teaching in relevant topics.”

Professor Keylock joined the University in May and was appointed as part of the University’s Excellence100 campaign - a campaign launched in January 2017 that aims to recruit up to 100 outstanding academics across a wide range of disciplines.

He is a former Prize Senior Lecturer at the University of Sheffield and he started his career working on snow avalanche risk assessment at the Icelandic Meteorological Office.

His current work focuses on understanding the fundamental dynamics of turbulent flows, with applications in environmental fluid mechanics such as how the wind flows through the trees. He is doing this by developing new analysis methods that are either statistical or based on flow topology.

Professor Keylock said: “In Loughborough, I hope to forge links for such work that go beyond my own School to also integrate Aeronautical and Automotive Engineering, Geography and Mathematics.

“I'm really pleased to be joining Loughborough where I see a significant number of synergies with the work I have been undertaking recently.”

Professor Graham Sander, Leader of the Water Engineering Group and Professor of Hydrology, commented: “Chris and Qiuhua are two outstanding researchers with highly regarded international reputations in their fields.

“Their appointments represent a significant investment by the School in the expansion and development of an internationally leading water research group.

“Their expertise in environmental fluid flows and depth of experience opens up a significant range of new multi-disciplinary research opportunities, not only with various research groups across Loughborough, but also with other groups operating out of both UK and International universities.”

Further information on the Water Engineering Group's hydrodynamics and hydrology research can be found here.