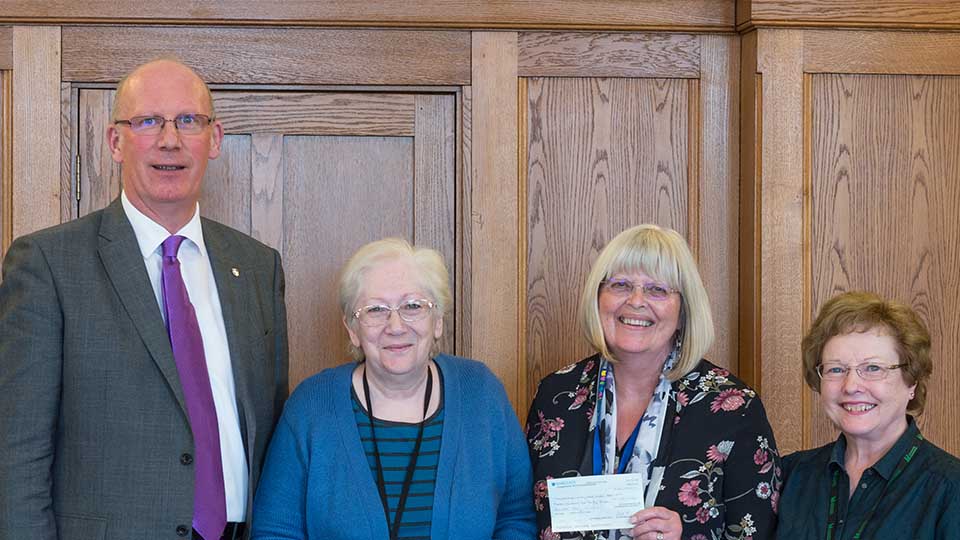 Eight Charnwood charities and community groups have received support from the Inside Out Fund, one of Loughborough University’s community donation funds.

The fund is dedicated to supporting members of staff involved with community or voluntary groups outside of work.

Over £4,000 was donated to a diverse range of charity and community causes, with cheques presented by Vice Chancellor Robert Allison at an award ceremony last month.

Alison Barlow, Stakeholder Relations Manager at Loughborough, said: “We are thrilled to support such a fantastic range of projects through the Inside Out Fund.

“It is particularly important as it champions the causes that our staff dedicate their spare time to, and their commitment to these organisations should be commended.”

The organisations and projects that have received funding in this round are: