The planning and execution of Wednesday’s terror attack in Westminster which left five people dead and many more seriously injured mirrors the murder of soldier Lee Rigby in May 2013, writes Dr Lewis Herrington - an expert in international security at Loughborough University. 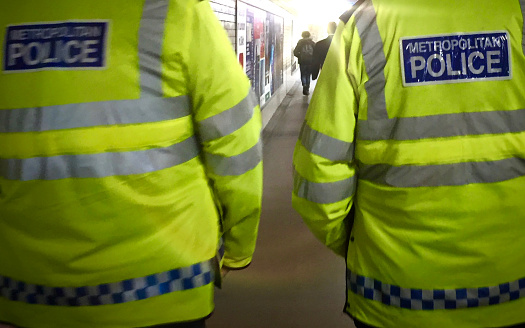 In both cases, a vehicle provided the means for an initial high profile assault which was followed up with a close quarter’s knife attack, before the assailants in both incidents are believed to have sought death at the hands of armed officers.

In contrast with Michael Adebolajo, who along with fellow extremist, Michael Adebowale, was convicted of killing Fusilier Lee, 25, near his London barracks, Wednesday's attack by Khalid Masood, born Adrian Russell Ajao, 52, ended when he was shot dead.

A similar finale was planned by Adebolajo and Adebowale who ran towards firearms officers brandishing knives and cleavers, but who were only injured when police opened fire.

This goal of ‘suicide’ at the hands of armed officers appears to have developed into an end goal by many recent Islamic terrorists across Europe.

Although very little has been officially confirmed regarding Masood, there are reports that like Adebolajo, he had spent time in Luton and East London, and was historically known to the security services.

Luton is widely regarded as a hot bed of radicalisation within a number of ISIS foreign fighters originating from the area in recent years.

And there were no public appeals – an indication that detectives acted on existing intelligence, and were aware of the Birmingham suspects’ links to the Westminster man.

More can be assumed from the incident.

Recognising his apparent decision to sacrifice his own life in full view of the Houses of Parliament, it is reasonable to infer he had a long history of political activism.

This is based on his age.

He would have been in his early 30s during the height of the Islamic Fundamentalist movement in London.

Which could place him in a flurry of radicalisation, in 1997, driven by Egyptian cleric Abu Hamza al Masri, known for his ‘hook hand’, and fellow Muslim ‘hate’ preacher Abu Qatada.

The pair widely recruited an army of young men encouraging them to die as martyrs in pursuit of an Islamic caliphate – a significant number of whom travelled to Syria, joining the military wing of the newly established caliphate.

Older members stayed behind and radicalised the next generation.

Recognising the similarities with the killing of Lee Rigby, it is reasonable to infer that Masood had a similar path to radicalisation as Adebolajo, who spent at least five years in extremist circles before deciding to act.

And, it is unlikely that the Masood acted alone, on impulse, or without previous involvement in fundamentalism.

For the last five years, the majority of political activism by UK fundamentalists has had links to ISIS.

Recognising the significant decline of the former quasi state and its current fight for mere survival in Mosul, it is rational to assume they have activated all remaining sympathisers worldwide.

Four years have passed since the murder of Lee Rigby.

While the Security Services have successfully prevented numerous organised plots, there remain individuals willing and able to carry out devastating operations right in the heart of the capital.