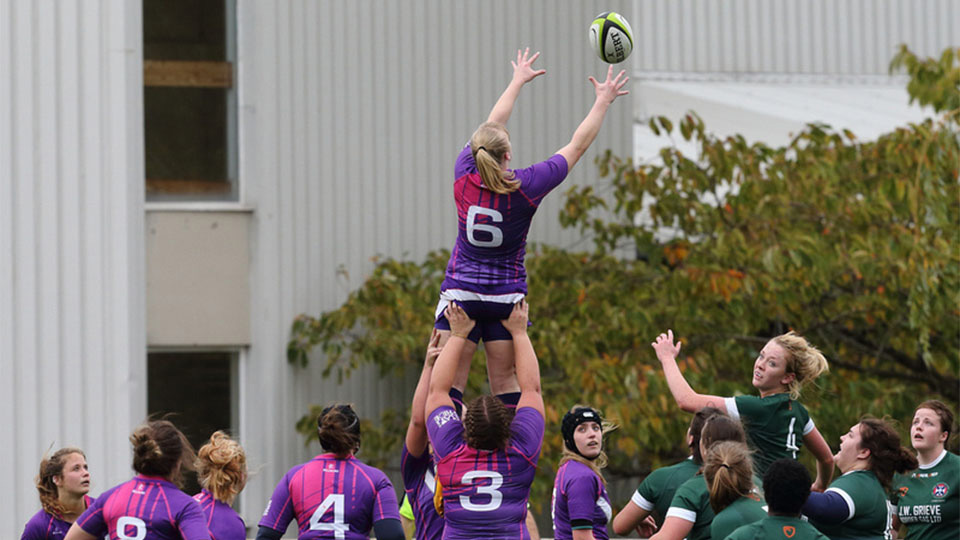 The Rugby Football Union (RFU) has today announced the 10 clubs that have been offered places in the new Women’s Super Rugby competition, with Loughborough University being one of them.

Kick-starting in September 2017, the new women’s top tier competition will significantly raise the standards of rugby domestically and help support the Red Roses’ ambition to be the number one team in the world. It is also expected to help grow participation and create new commercial partnerships to help underpin the competition.

Loughborough was chosen having hit or exceeded all of the minimum operating standards, which included professional coaching, sports science and medical provision as well as exceptional training and playing environments.

Already playing in the upper echelons of women’s university rugby, winning is part of the culture at Loughborough University, but of even more importance is athlete development. This new RFU initiative will allow the University to further improve the opportunities it can provide for its athletes, as it enters the competition for an initial three year period.

“We are over the moon to be part of Women’s Super Rugby. I truly believe that we now have the opportunity here at Loughborough to be one of, if not the best women’s player development centres in the world. That’s a phenomenally exciting position to be in.

“This creates a complete pathway from the Loughborough College AASE programme, through the Loughborough Ladies Championship side and our BUCS student teams. Women’s Super Rugby completes the programme, providing a springboard to international competition.

“The competition creates an environment for us to be able to deliver even more life shaping experiences for our players.”

“This is another significant development for women’s rugby in this country. Women’s Super Rugby will drive standards in the game, both domestically and at an elite level, and continue to encourage more women and girls to play the sport.

“I would like to congratulate the 10 clubs on their successful applications which have resulted in them being offered a place in the new competition. We now have the opportunity to build a world-class domestic competition, with the backing and funding of the RFU, demonstrating the union’s commitment to growing the game at all levels.”

The competition will receive a multi-million pound investment from the RFU over the next three years to help deliver the minimum standards expected and provide high-quality coaching, facilities, training environments and community engagement plans.

Further team information will be unveiled in due course.