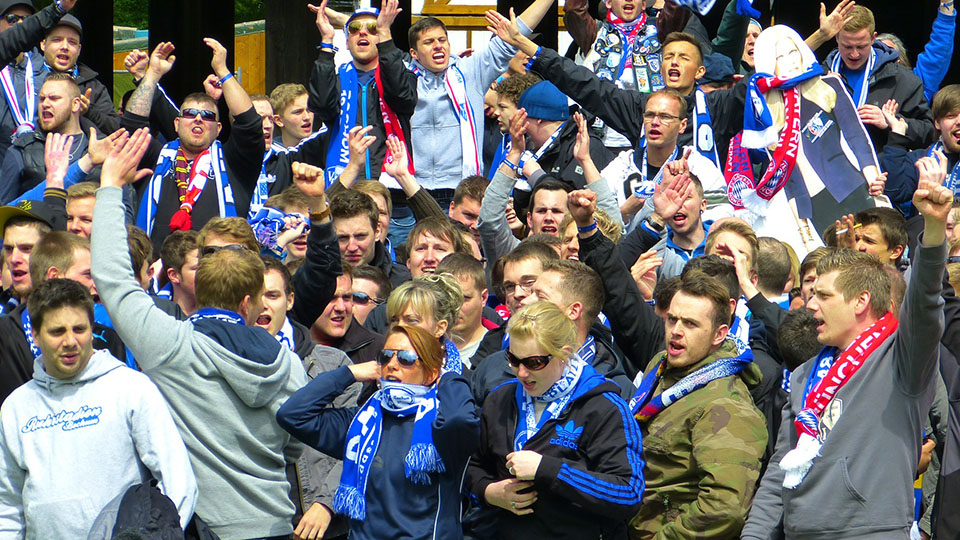 Loughborough University has joined forces with Nissan to identify a formula that reveals what gets fans so excited about football.

Based on these reactions academics from the University’s School of Sport, Exercise and Health Sciences have developed a formula – the Nissan Excitement Index.

Nissan and Loughborough University have been conducting live ‘excitement experiments’ on pairs of football fans in the stands during six UEFA Champions League matches. Fans were fitted with wearable technology to monitor and gather a combined index of data, including: heart rate, breathing rate and electro-dermal activity, in order to examine the physiological effect excitement has on them.

Loughborough University combined these data with official match statistics from Opta in order to develop the formula at the heart of the Nissan Excitement Index.

The football based formula measures all key elements that go into making an exciting football game including number of goals scored, time of goals and cards shown.

The research also shows a spike of excitement when a yellow card was given to a player on the home team – in some cases provoking an increase in heart rate by more than 30 bpm – compared with their opponents.

Commenting on the research, Loughborough University’s Dr Dale Esliger said: “Our team have spent the last few years developing world-leading scientific expertise in wearable/digital technologies for health and human performance applications. With Nissan, we have the opportunity to apply these innovative sensor systems in the realm of sports entertainment.

“Where we once subjectively judged how exciting a football match was using our ‘gut feeling’ we can now use this methodology to objectively quantify the excitement of fans second by second throughout an entire  match. Combining all of these innovative sensor data allowed us to engineer the Nissan Excitement Index that can now be used to rank the top UEFA Champions League football matches.”