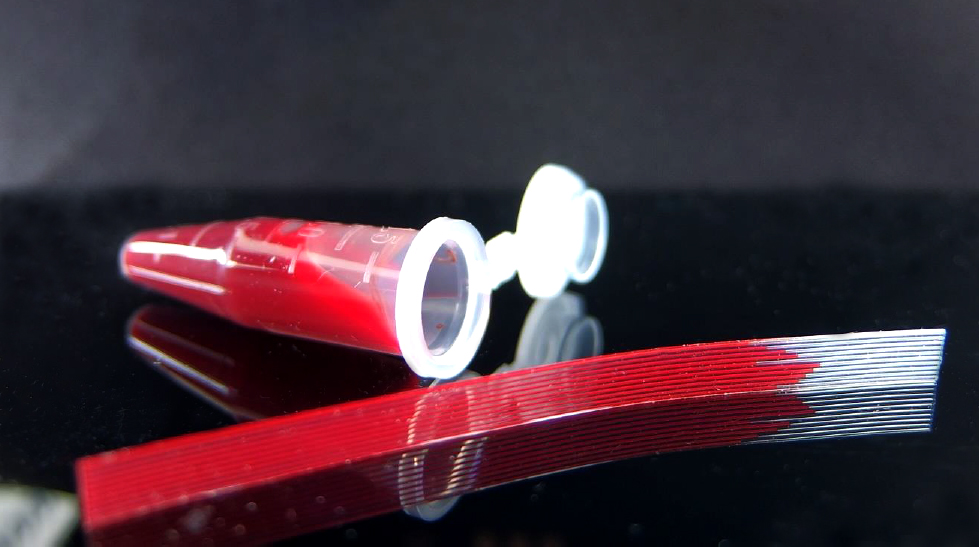 Image: University of Reading. Microfluidic strips can be used for a range of tests including blood typing and anti-microbial resistance.

A portable power-free test for the rapid detection of bacterial resistance to antibiotics has been developed by academics at Loughborough University and the University of Reading.