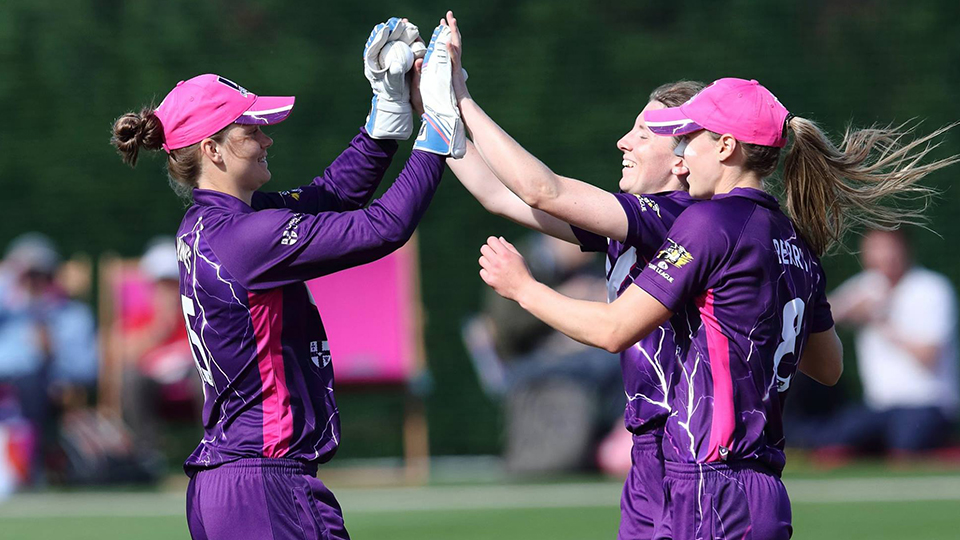 Loughborough Lightning won the toss and elected to bat, with captain and University alumna Georgia Elwiss scoring four runs with the first ball of the innings.

New Zealand international Sophie Devine scored a fine half century, and some important runs from Eve Jones and Paige Scholfield at the end of innings ensured Lightning reached a total of 128 for 9 in their 20 overs.

Yorkshire started strongly in chasing down the target, but the run-out of the Diamonds’ captain Lauren Winfield and three wickets in two overs from University sports scholar Becky Grundy turned the match in the favour of Lightning.

Some big hitting from the hosts took the Diamonds to 85-9, but Sophie Devine took the final wicket to ensure Lightning wrapped up a comfortable opening day victory, winning by 43 runs.

“It was a great team performance. The game ebbed and flowed but that’s what can happen in T20 cricket. I was really proud of the players how they fought and it was important going forward to get that win under our belts.”

“It was a great day. There were a few nerves going around with it being the opening game but to get off to a convincing win was brilliant.

“It’s the first ever victory in the Kia Super League and we wanted to be part of history. No one can take that away from us now.”

The Kia Super League is a brand new Twenty20 competition that has been launched by the England and Wales Cricket Board to promote the women’s game.

Lightning will be back in action this week at the Haslegrave Cricket Ground on the University’s campus against Lancashire Thunder (3 August) and Western Storm (5 August).

Full ticket details and match day information can be found on the Loughborough Lightning website.