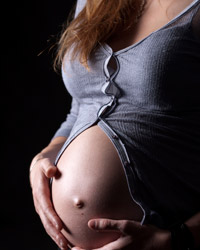 Researchers from Loughborough University’s School of Sport, Exercise and Health Sciences have developed an infant feeding manual to educate young mums-to-be about the benefits of breastfeeding.

The manual is currently being piloted with a group of pregnant women aged 20 and under. They have been asked to read one section of the manual per week for five weeks and to work through a series of short activities that encourage them to think about the infant feeding options available to them. Each section of the manual focuses on a different element of infant feeding, such as the benefits of breastfeeding and tackling common concerns.

Breastfeeding rates in the UK are among the lowest in Western Europe, and figures show that younger, less well-educated mothers living in deprived areas are particularly unlikely to breastfeed.

Dr Gemma Witcomb, one of the leaders of the British Academy-funded project, says: “Exclusively breastfeeding for six months or more provides health benefits for both mother and child, but many young mothers are reluctant to breastfeed their baby.

“We want to encourage those who are physically able to initiate and sustain breastfeeding for as long as possible, and to urge them not to be deterred by perceived myths about breastfeeding or pressures from non-breastfeeding peers.”

The manual has been very well received by health professionals who work with pregnant teenagers in the UK.

Dr Emma Haycraft, a senior lecturer in psychology at Loughborough, says: “The initial feedback from those who work with young mums-to-be is that our feeding manual is a novel, effective way to educate and empower pregnant young women about infant feeding.

“We hope to be able to share this resource more widely once our pilot study has been completed.”