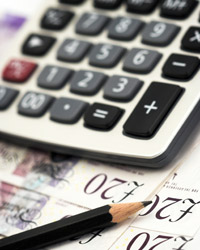 Families with children who work full time could find themselves with less disposable cash than those who work part-time under Universal Credit, according to a new report by Loughborough University for the independent Joseph Rowntree Foundation (JRF).

The report is the first detailed look at how Universal Credit (UC) will affect take home pay once childcare costs have been taken into account. It assessed whether UC, being introduced from this year, will meet its central aim of making work pay, and enable low earning families to reach a minimum acceptable living standard.

It found that families with children will hit a ceiling where, despite working more hours, the steep withdrawal of UC means their disposable income after childcare costs fails to increase, or even falls. In some cases, families will be worse off working full-time than part-time.

This means that many families with children receiving UC will fall short of an adequate standard of living, as measured by the Minimum Income Standard (MIS). MIS is based on what members of the public think is needed to achieve an acceptable living standard.

Moving into ‘mini jobs’ of up to 10 hours a week sees families better off under the new system, but working beyond this threshold creates a  long, slow climb to higher disposable income.

This effect is caused by a sharp reduction in Universal Credit once families earn above a certain amount, while working more hours requires extra childcare costs. The high cost of child care, the sharp withdrawal rates of UC and the persistence of low pay could combine to undermine the success of the new system.

The research looked at different households types and how their income changes by working more hours.

A couple with two young children, where one person works full time on the minimum wage, after receiving universal credit, would have disposable income of £346 a week. This falls £103 a week short of what the family needs for an acceptable standard of living according to the public.

A lone parent with two young children who is not working has £219 a week, £140 short of what her family needs for a decent standard of living.

Chief Executive of JRF, Julia Unwin, said: “Universal Credit is a welcome step to reforming welfare, but there is a danger any potential positive impact will be undermined. For families to move from welfare to work, Universal Credit must restore a situation where working full-time is properly rewarded. It is vital that families are able to improve their disposable incomes by working more hours. The risk otherwise is it will trap families on inadequate incomes where they don’t have enough to makes end meet, with little prospect of them progressing to a better standard of living.”

Donald Hirsch, from the Centre for Research in Social Policy, Loughborough University, author of the report, said: “Universal Credit strengthens the incentive to do a bit of work in mini jobs, but the rewards for additional hours can be tiny. Parents hit a ceiling where a lid is placed on the aspiration to work more hours for an adequate income, because the return is negligible. The Government’s plans to make a greater contribution towards childcare could make a difference in overcoming this for those in a position to benefit.”

Katie Schmuecker, Policy and Research Manager at JRF, said: “As it stands Universal Credit is not a reliable route to a better standard of living, or to make work pay. Flaws within the system – the rate at which the Treasury claws back additional earnings - expensive childcare and low pay undermine its success. Dealing with these problems are essential to stem the rising tide of in-work poverty and ensure welfare reform is successful.”

But government proposals for more generous support for childcare could help ensure that in future it always pays to work more hours for some families receiving UC. Currently families receiving UC get help with 70% of their childcare costs. The government has proposed increasing this support to 85% from 2016, but only where all adults in the household are paying tax. This means 600,000 families where both parents (or a lone parent) are working and earn over £10,000 a year each will get extra help, seeing their childcare bills halved. But there are 900,000 families that would not be eligible for this support because they do not earn enough to pay tax.