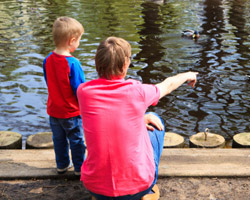 The Government announced yesterday (Wednesday 4 December) an amendment to the Children and Families Bill that will place a legal duty on local authorities to enable young people to stay in a foster placement post 18 years old.

Findings from a Loughborough University study into extending funding for foster care placements was used to argue for this change in law.

Researchers from CCFR carried out an evaluation of the Staying Put: 18 Plus Family Placement pilot, which gave young people the opportunity to remain with their carers until the age of 21.  The research found a range of benefits for young people, including the fact that it:

Financial support from the Government has been pledged to support the new policy, with £40m being set aside for local authorities over the next three years.