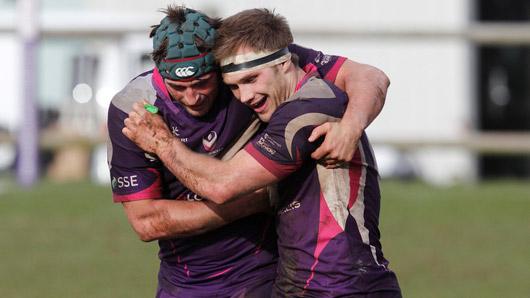 Loughborough won the overall title with 5,449 points, over 2,000 points ahead of second placed Durham and Birmingham who finished third.

At the ceremony it was also announced that Loughborough University will host the BUCS Big Wednesday and Trophy Tuesday in 2015. The event will see a proposed twelve BUCS sport championship finals taking place on campus in March 2015.

“I am delighted that Loughborough has been selected to host the 2015 BUCS Big Wednesday. We have been great supporters of BUCS’ competitions and enjoyed some memorable occasions throughout the years.

“But just as significant is that at Loughborough we just get sport - and that we play, compete and train on such an extraordinary scale. As such I believe that it is fitting that our energy and passion for sport has been rewarded by this announcement."

Big Wednesday competitors will be able to sample the superb sporting facilities on campus including the Loughborough University Stadium which hosted the BUCS men’s football final last season, as well as a fixture between Loughborough Students and the Manchester United Academy.

“Being announced as the hosts for the BUCS Big Wednesday in 2015 is an absolute honour. It is a fantastic way for Loughborough to showcase its unprecedented sport facilities and also a prime opportunity for our students to hopefully compete in the Trophy and Championship finals on home turf.

“I know that the students of Loughborough will get behind all the teams competing and there will most definitely be a buzz around campus. I will 100% be back to come cheer on the Loughborough Students’ teams and will be wearing my purple with pride.”