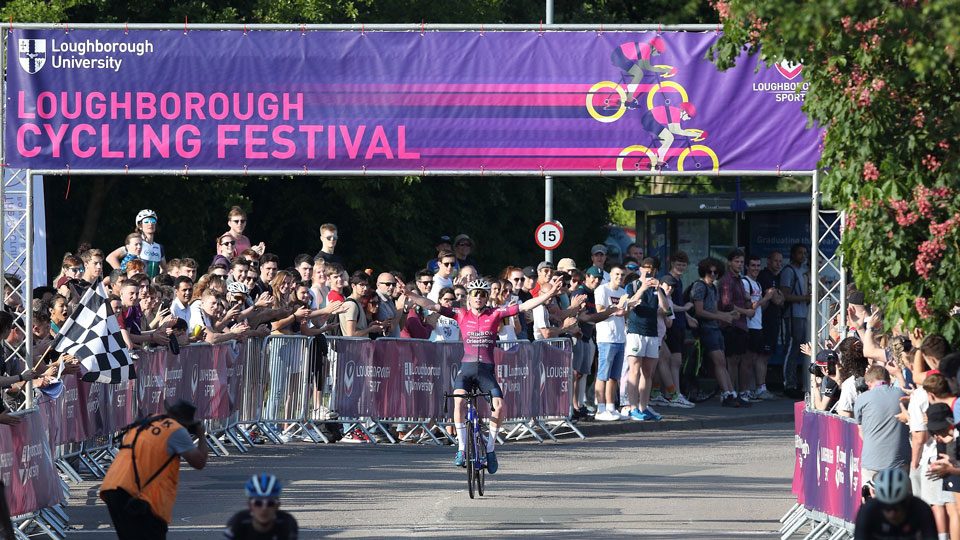 Loughborough University's famous campus is being turned into a racetrack. The fast, technical circuit makes this the perfect type of course for spectating some of the UK's best cyclists including our Loughborough Lightning team, the UK's leading University female race team.

After last year's inaugural Loughborough Cycling Festival, we look forward to welcoming back the UK’s best youth cyclists for the national youth circuit series, as well as a regional support race, and men's and women's elite criterium races around our world-famous campus. All races will take place on our true to name, criterium course, with a steep hill and numerous 90 degree turns to test riders both physically and technically.

The festival is bigger and better than ever and includes a new event village with cycling brands and food and drink outlets.