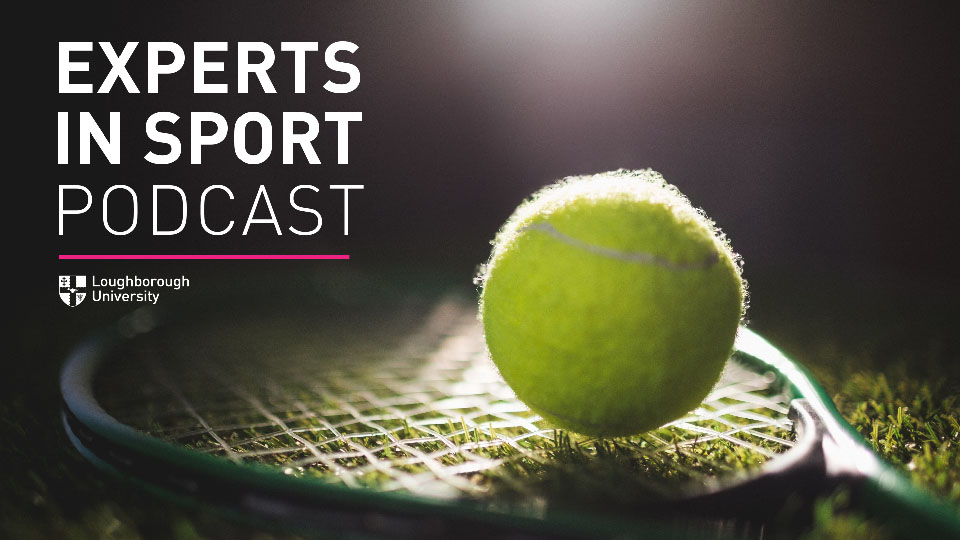 Experts in Sport: How to become one of the world’s best coaches 1 November 2019

Andy Murray’s recent victory in the final of the European Open in Antwerp was arguably one of the greatest achievements of his distinguished career.

After struggling with injury for the best part of nine months - with retirement a distinct possibility - Murray defied the odds to win his first ATP Tour singles title for more than two-and-a-half years.

The triumph may have come as a surprise to many, but with any great sporting story, the individual or the team cannot achieve success without a strong team behind the scenes.

One of these key team members is Matt Little, Andy Murray’s Strength and Conditioning Coach of the past 10 years.

In the latest episode of Loughborough University’s ‘Experts in Sport’ podcast, we look back to when Matt met with Martin Foster (Applied Sport Management Lead) and Nathan Bullock (Strength & Conditioning Coach, Loughborough Sport), to talk through his first steps in the industry, the skills he’s developed and how young coaches can stand out from the crowd.

The podcast starts with Matt discussing the early days of his career and how often it pays to work for free:

“I did a lot of voluntary experience at the start of my career. I travelled to Australia to work with some athletes out there and my journey started by observing the coaches and just watching what they were doing, absorbing some of the information and looking at styles. For me, that kind of voluntary experience was a lot of my on the job training.

“I started emailing coaches in Australia, to say I’d really like to come along, but I won't be a pain, I’ll just come and watch. Fortunately, they said yes and that's what I did. So, I spent a year out there, and as luck would have it one of the coaches ended up employing me in the UK.”

Following some time down under, Matt’s career took him to Loughborough in the early 2000s where he worked with 12-16-year olds at the LTA tennis academy. After moving to the National Tennis Centre in Roehampton a few years later, Matt worked with Jamie Murray before eventually joining Andy’s team in December 2007.

The podcast also touches on mistakes and learnings in Matt’s career, including one such occasion in which a senior coach stamped their authority early on:

“I walked into a meeting on one of the first days in a job, thinking I knew everything. I made an off the hand comment at the start of the meeting and the head coach absolutely tore into me - I couldn’t believe it.

“But for me, that was day one of my coaching career. Everything I'd learned at university and all the things I'd studied went straight out the window. I had to learn how to be around these people, how to speak, and what language to use. That stayed with me forever.”

Matt also talks about tactics used to get the best out of players, including the "how to be" rather than "how to do".

“Matt gives a great insight into his career working closely alongside a national athlete icon we all know very well. He whets the appetite for young practitioners, as to some of the successful characteristics he feels have enabled him to get to work with athletes such as Sir Andy Murray, but also what has kept him there for so long.”

Listeners can subscribe to the podcast and download the latest episode by visiting Buzzsprout. All subscribers will receive an alert once new episodes are published.

The Experts in Sport podcast is a regular series that brings together experts from across Loughborough University with external thought leaders to discuss the latest research and hot topics in sport and academia with new episodes launched every two weeks.