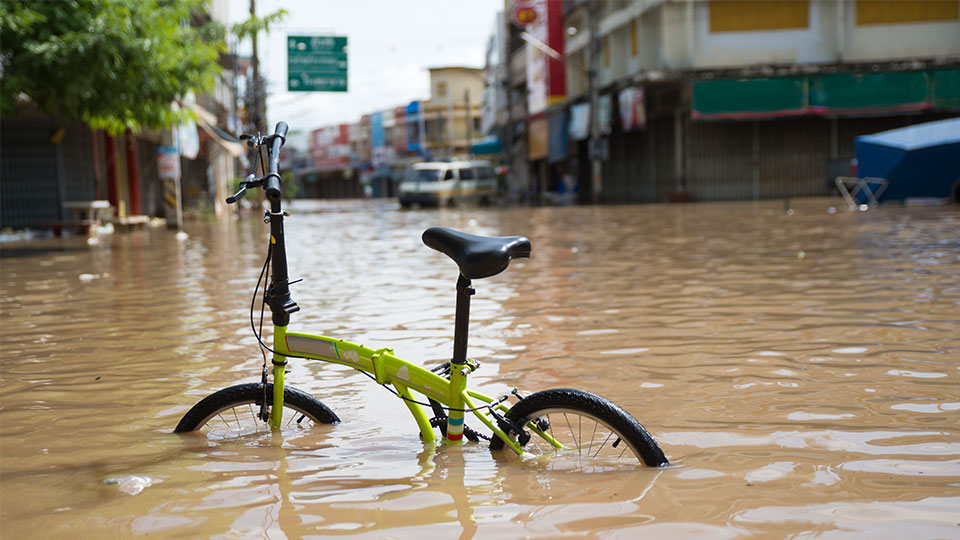 Loughborough University academics are to explore the economic and environmental benefits of natural flood defences as part of a £467,000 research project.

Professor Qiuhua Liang, Dr Lee Bosher and Dr Ian Pattison, of the School of Architecture, Building and Civil Engineering, will study the effectiveness of blue and green infrastructure (BGI) – which include wetlands, urban parks and vegetated riverbanks – at protecting communities from surface-water flooding and rising water levels.

The project, which is being led by Dr Tobias Börger, of the University of Stirling, will also seek to place an economic value on the added environmental benefits brought by these schemes, such as improved air quality, new recreational opportunities, controlling water pollutants and increasing resilience to heat waves and noise pollution.

The project will be based in Can Tho in Vietnam and is being funded by the Newton Fund through the Natural Environment Research Council. Academics from Hue University and Can Tho University will provide collaborative support to the UK researchers.

Vietnam has been selected as the study location as its low-lying coastal cities are particularly vulnerable to increased flood risk due to rapid urbanisation and climate change.

The research, which is set to be complete in June 2021, will examine the role of BGI in short and long-term urban development in Can Tho and will involve advanced, high-resolution modelling tools and scenario development, stakeholder workshops, biodiversity surveys and the creation of a framework to measure natural capital.

Last month, the team visited Can Tho to launch the project; their trip included a site visit along the city canal networks, where new dykes and dredging demonstrated the current focus on ‘hard’ engineering solutions, and to new residential areas where green parks have been integrated with housing and schools, showing the potential for BGI to provide multiple benefits to society.

Of the project, Dr Bosher, said: “In the last few decades approaches to dealing with flood risk in urban areas have typically preferred the adoption of hard infrastructure like dykes, concrete barriers and raised structures – all of which are costly to build and maintain, and may have adverse environmental impacts locally and further downstream.

“Our team at Loughborough possesses world-leading expertise in flood risk modelling and stakeholder engagement in addressing disaster risk; we will be using this expertise to support the work of the University of Stirling in assessing the role of natural capital and ascertaining the added economic value that alternative BGI measures for flood defence and mitigation can provide.

“The project teams in the UK have excellent local collaborative support from the Universities of Can Tho and Hue and it is exciting to be involved in a research project that can influence the local development culture and plans for the future.”

oughborough University is equipped with a live in-house broadcast unit via the Globelynx network. To arrange an interview with one of our experts please contact the press office on 01509 223491. Bookings can be made online via www.globelynx.com