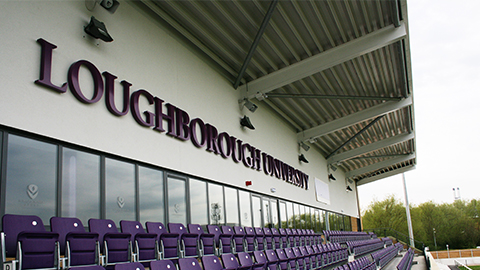 Loughborough Stadium is to host tournament matches for UEFA.

The next Lionel Messi could be set to grace Loughborough University as it plays host to major tournament matches for UEFA.

Highly-rated youngsters from Greece, the Czech Republic and Denmark will be on campus in March as they look to secure qualification from Group 2 of the UEFA European Under-19 Championship for this summer’s UEFA final tournament in Armenia.

Richard Allen, Director of Football, explained: “Hosting elite level sport at Loughborough is in our DNA, and we’re looking forward to welcoming UEFA to campus. The matches are sure to showcase the best upcoming talent in football and we encourage members of the public to come down and catch a glimpse of the stars of tomorrow.”

All UEFA fixtures will take place at the University’s main stadium, with entry free to the general public for all matches.