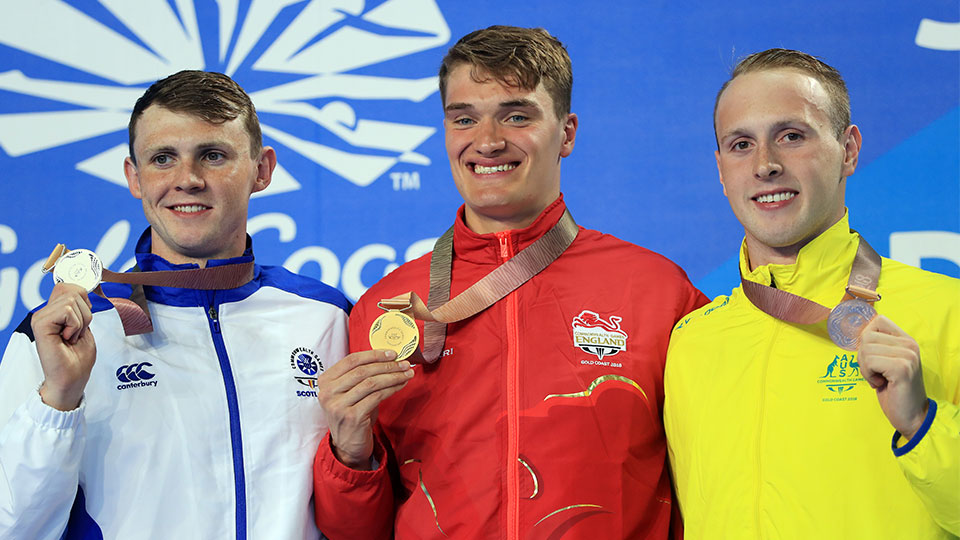 Loughborough University student James Wilby has won Gold for Team England at the 2018 Commonwealth Games, after a stunning late charge in the men's 200m breaststroke final saw him claim victory in a personal best time of 2:08.05.

It was a phenomenal performance by the Chemistry student, who swam under two minutes and 10 seconds for the first time to beat Scotland’s Ross Murdoch, the 2014 Commonwealth champion.