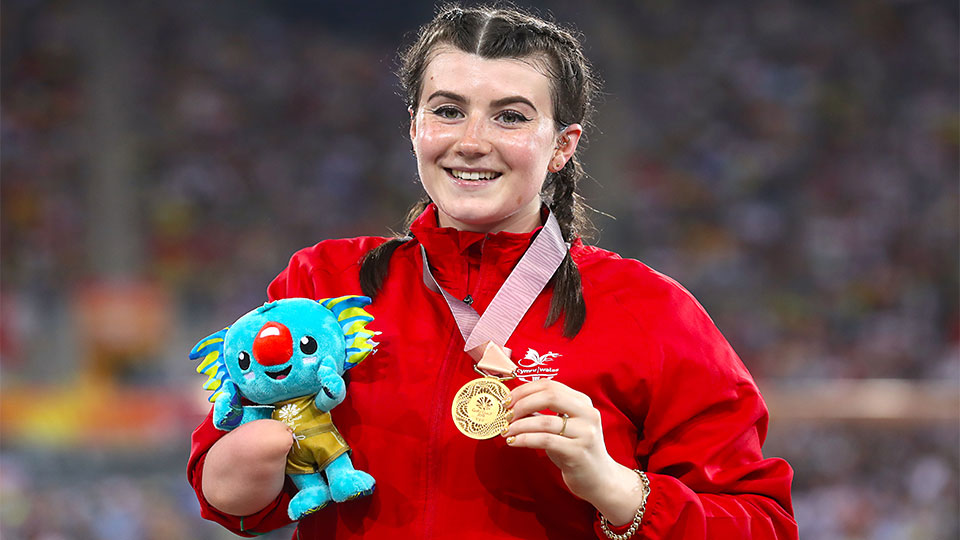 Loughborough-based athlete Hollie Arnold has set a new world record of 44.43m in the F46 Javelin to win gold for Wales at the 2018 Gold Coast Games.

Just moments earlier Holly Robinson of New Zealand had set a new world record with a throw 43.32m, but Arnold responded in dramatic fashion, snatching the title away from her rival with her final throw.

On her performance, Arnold said: "It was a battle out there today. I knew that I could beat her (Robinson) and throw something like that. I gave it my all. I didn't want her to take my world record off me and I wanted to win the gold. I knew it was there, it just didn't click on the first few throws but on that last throw, I just gave it everything. Everything went well on that last throw. [Holly and I] are both great competitors and we both bring out the best in each other which is amazing for our sport.”

Watch Arnold claim the title and world record on the BBC Sport website.