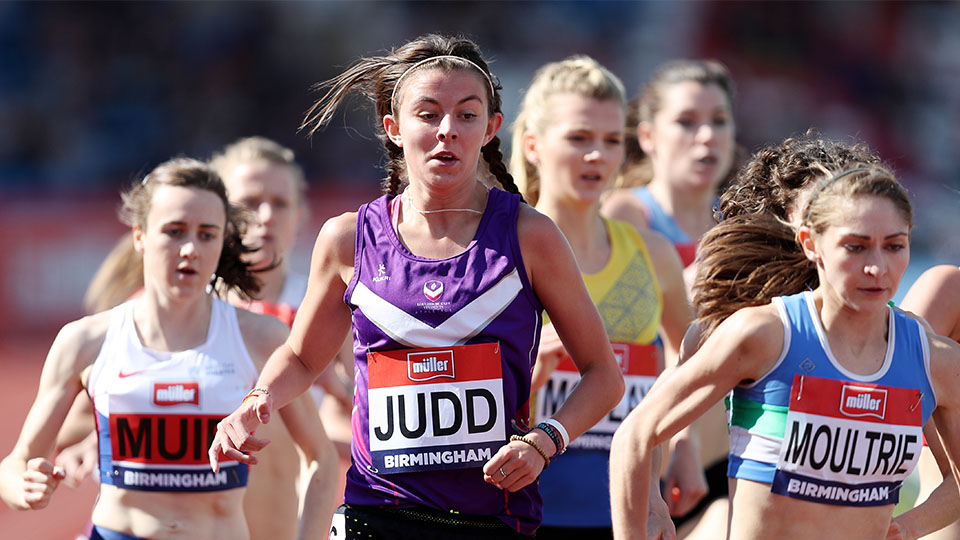 An outstanding 18 Loughborough University linked athletes have been named on a 75 strong England team for the 2018 Commonwealth Games on Australia’ Gold Coast next April.

Leading the way are five current students, including Morgan Lake, Jessica Judd and Meghan Beesley who were all in action in a Great Britain vest at this summer’s London 2017 World Athletics Championships.

A second year Psychology student, Lake was a highly impressive sixth in London, the high jumper just 1cm short of the 1.96cm personal best she set in July, which is the third best jump ever by a British woman. For Judd, London saw her on personal best form, a 1500m clocking of 4.03.73 saw her through to the semi-finals, where she just missed out on a final berth. Less than a month later the final year Human Biology student bagged bronze over 5,000m at the World University Games, demonstrating her impressive versatility.

For 400m hurdler Beesley the 2018 Games will hopefully mark redemption, as after having been selected for the Glasgow 2014 Games she was forced to withdraw due to a foot injury. Joining the trio down under are hammer thrower Taylor Campbell and first year heptathlete Niamh Emerson, both of whom are making the step up to senior international competition for the first time.

It isn’t just students who’ll be on the plane though as alumnae Emily Diamond and Sonia Samuels get the nod, Diamond in the 4x400m relay, the event where she won an Olympic medal in Rio and Samuels in the marathon. Former students Robbie Grabarz, Martyn Rooney and Harry Aikines-Aryeetey have also secured their spots, Grabarz hoping to add more high jump silverware to his collection in what is surprisingly his first Commonwealth Games.

Loughborough University is also hoping to be well represented in the Scottish, Welsh and Northern Irish teams when they are announced over the coming months.