A Loughborough mathematics educator has argued that perhaps the number 10 should not be taught after the numbers from one to nine. 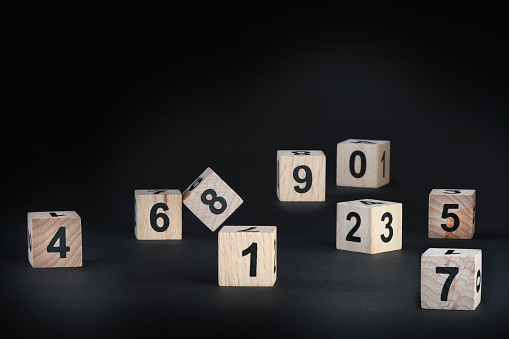 Dr Dave Hewitt, Director of Mathematics PGCE at the University, has written a paper which outlines why he believes that there are educational reasons why 10 is not the best number to teach young children after they have learnt the number names from one to nine.

He said that in order to learn the English numeric system 10 plays no logical or structural role in helping youngsters establish a pattern of learning the number names of larger numbers.

“Well, unless you know Balinese, you would have no idea.

“There is nothing from the first nine words which would give me a sense of what the tenth word would be.

“I will be kind to you and tell you the tenth word; it is dasa.

So, now what is the eleventh word?

“Well, there is still no pattern that would help you know what the eleventh word would be.

“Even if I tell you the eleventh and twelfth words, solas and roras, you really are none the wiser about what comes next.

“So it is with English number names as well.

“If the sequence were to be continued up to the twelfth word there is really nothing which is helpful to know any other number names.”

Dr Hewitt’s paper, What comes after nine?, outlines a far more consistent and systematic example of how the decimal numeric system works.

“However, the next few names, deg, un deg un and un deg dau, begin to show a structure in the words which also relates to the structure of number: ten, one ten one, one ten two…

“The latter two relating to the symbolic form: one ten one for 11, and one ten two for 12.

“Suddenly, the learning of the word deg brings with it the possibility of counting up to 19 without the need to memorise new names.”

To do that he suggested that it is better to consider introducing hundred after the names from one to nine.

“This would open up the possibility of saying numbers such as two hundred and four and seven hundred and three where learners can see a clear structure in the way numbers are said,” said Dr Hewitt.

He said this would help children generate their own numbers without needing to be told, because they grasp the structured way in which numbers are repeated.

The language of the numbers supports the place value structure of numbers.

Dr Hewitt advocates using what is called the ‘tens chart’ which is a chart supporting the structural nature of our number system and is a visual support for learning the language of the number names and their relationship with one another.

If a teacher were to stay with regular words for numbers in the initial stages of learning number, then to say all the numbers (including the decimal numbers) from 0.001 to 9999.999 would only involve children learning 15 words (there is also the additional word ‘and’ which is conventionally said after the hundreds).

He argues that by children being asked to learn the irregular words of ten, eleven, twelve, etc., this prevents them seeing that generally our English numbers names do have a clear structure to them which is best understood by working with larger numbers which do have this clear structure.

When considering what would best be learnt after the words one to nine, Dr Hewitt concludes that the word ten does not provide the educational benefits that hundred, thousand or the regular –ty­ words such as six-ty or seven-ty can offer.

So, as an educator he advocates that 10 is not the next word to learn after nine.

The article What comes after nine? is published in the May edition of the journal Mathematics Teaching (volume 256) which is published by the Association of Teachers of Mathematics (www.atm.org.uk).