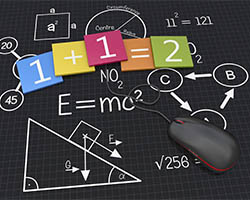 A new web-based e-learning programme to boost the maths skills of teenagers born very prematurely is to be developed with the help of Loughborough University.

The unique platform is intended to be used by teachers to support children’s learning as part of a three-year study funded by children’s charity Action Medical Research.

Dr Camilla Gilmore, Reader in Mathematical Cognition at Loughborough’s Maths Education Centre, is part of the award-winning research team[1] which will explore how children’s maths skills have developed from primary to secondary school. These findings will then be used to develop the e-learning programme.

Maths skills are linked to future employment prospects and earning potential. With one in every 50 babies being born before 32 weeks of pregnancy, this means that almost all teachers will be responsible for supporting children who were born very early.[2]

“Many children who were born very prematurely, before 32 weeks of pregnancy, have learning difficulties,” said lead researcher Dr Samantha Johnson, Senior Fellow at the University of Leicester’s Department of Health Sciences.

“Of all school subjects, these children are most likely to struggle with maths. Such difficulties, even in primary school, can affect children’s prospects throughout their whole life.

“We will use the information gained in this new research to develop a web-based, e-learning programme that shows teachers how best to support premature children’s learning, especially in maths.

“We’ve found that teachers often feel ill-equipped to support such children’s learning, especially in maths. In earlier work, we found that over 90 per cent of teachers in the UK wanted this sort of support. We hope to enable teachers to help all premature children to achieve their full potential.”

Dr Caroline Johnston, Research Evaluation Manager at Action Medical Research, said: “Maths skills are vital for every child’s future. Action is very pleased to be able to fund this exciting project to support children born very prematurely in this crucial area of learning.”