Loughborough University student invites you to take the One Pound Challenge 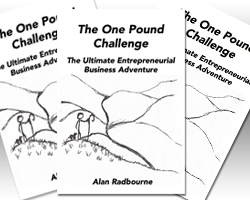