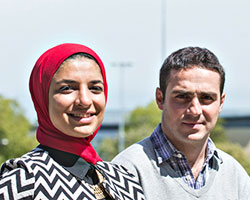 The School of Business and Economics, Loughborough University, is delighted to announce that it has been re-accredited by the Association of MBAs (AMBA).

The re-accreditation process is a rigorous in-depth assessment of the MBA programme at Loughborough, as well as an examination of the School more widely. Every aspect of the MBA was monitored including: the institution, the faculty, level of student engagement, the curriculum, quality of teaching, learning and assessment, as well as the duration and mode of delivery.

The report was highly positive of the MBA programme and noted: “the standard of teaching was credited as ‘outstanding’ by current students”. The School has a leading research reputation, and studying on the Loughborough MBA programme will guarantee world-class teaching and a high rate of student satisfaction.

In addition to this, the School’s 400+ global corporate partners demonstrate that the programme is highly valued within industry and that the course is commercially focused with teaching that is informed by the latest best practice. The School was also commended on its ‘collegiate atmosphere among the faculty and staff’.

A further highlight was with regards to the MBA with internship option:

"The School’s provision of longer-term, substantive options for internships with the requisite ongoing pastoral and visa support from the School is distinctive in the UK and is to be commended."

Acting Dean for the School of Business and Economics, Professor Stewart Robinson, said: "The re-accreditation by the Association of MBAs confirms our position as a leading provider of MBA programmes.  Alongside the accreditation from the EQUIS (Europe) and the AACSB (USA) this re-accreditation cements SBE’s position as an internationally leading School."