Considering Loughborough? Come along to our Open House event to get all of your questions answered! 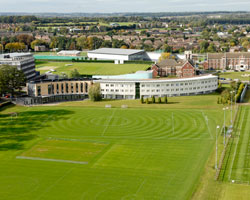 Loughborough is holding an Open House on Saturday 15 August for students who’d like to find out more about the University as part of the Clearing and Adjustment process.

The event will run from 10am to 2pm, and will give students the opportunity to:

For more information on what's happening on the day, please have a look at our Open House website.