Study reveals features of resilience and thriving amongst high achievers 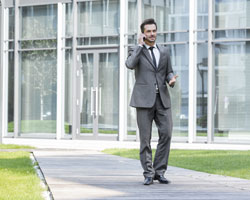 In the annual Queen’s Birthday Honours to be announced this week, a number of ‘high achievers’ will be rewarded for the roles they conduct and perform.

But what personal qualities allow successful people to operate and function in highly pressurised work environments?

Academics from Loughborough University have conducted research into resilience and thriving – two increasingly significant areas of inquiry in the psychosocial sciences – amongst high performers from eleven different professions.

Mustafa Sarkar and Dr David Fletcher from the Sport Psychology Research Group in the School of Sport, Exercise and Health Sciences identified and explored resilient qualities that enable high achievers to thrive and perform at extraordinary levels.

The sample consisted of eminent individuals from a diverse range of sectors including sport, business, law enforcement, medical services, education, politics, and entertainment.

The results of the study revealed six resilient qualities that enable high achievers to excel in demanding contexts:

Positive and proactive personality: the participants shared a number of characteristics including openness to new experiences, conscientiousness, optimism, and honesty to oneself.

Experience and learning: being confronted with potentially stressful situations and learning from such incidents was perceived to provide a vital foundation for resilience and thriving.

Sense of control: the participants recognised their active choice to operate in demanding environments, possessed the ability to prioritise activities, and positively responded to unpredictable circumstances.

Balance and perspective: the participants indicated the importance of achieving an optimal work-life balance and retaining a broad sense of identity that was not too focused on a career-related role.

Perceived social support: they perceived that high quality social support was available to them from colleagues and mentors as well as from family and friends.

“As well as pinpointing key themes that illustrate how high performers can thrive in the workplace, the study has also revealed two overarching messages that emerged from the findings.

“First, during pressured times, high achievers appear to take personal responsibility for their thoughts, feelings, and behaviours. For example, the positive and proactive personalities of the participants stimulated them to identify opportunities in the environment and underpinned their strong drive toward action.

“Second, high performers appeared to be committed to personal development and mastery. To raise their performance level, the participants actively engaged with a range of challenging situations including poor working conditions, imposed change, and organisational politics.

“Importantly, the experience of these demands presented opportunities for growth and appeared to protect high achievers from the potential negative effect of similar subsequent stressors.”

It is anticipated that the findings of the research will provide practitioners with an insight into the distinct features of resilience and thriving in high achievers and help individuals to attain success and well-being in their careers.

To view the full high achievers article, please go to the following link:

The resilience and thriving study is part of a wider programme that the Loughborough University research group are conducting. Current papers that have been published in this area include:

- A review of resilience definitions, concepts and theory

- How should we measure psychological resilience in sport performers?

- A review of psychological resilience in sport performers

Loughborough is one of the UK’s leading universities, with an international reputation for research that matters, excellence in teaching, strong links with industry, and unrivalled achievement in sport and its underpinning academic disciplines.