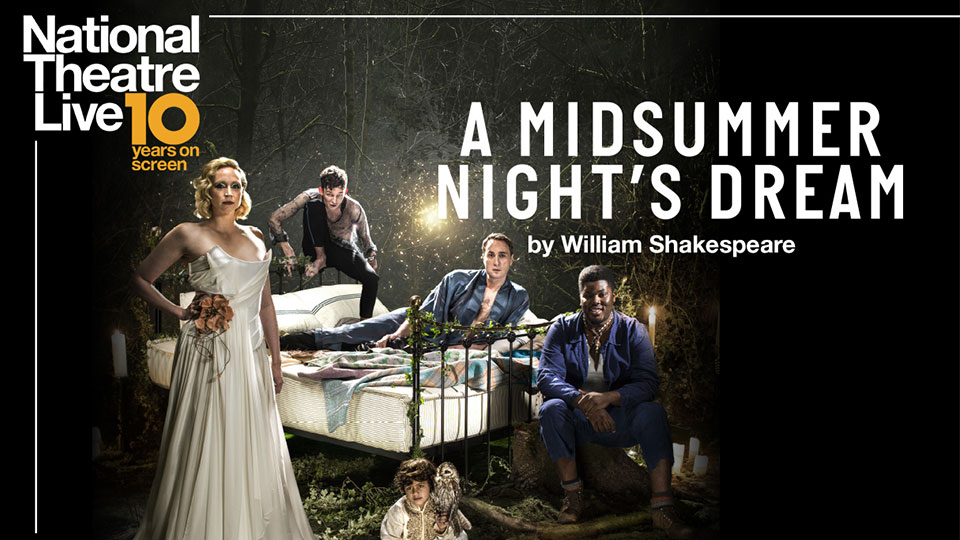 A screening of the National Theatre’s performance of A Midsummer Night’s Dream will be hosted at the Cope Auditorium on 17 October at 7pm.

The screening was recorded live at the Bridge Theatre in London, with a star-studded cast including Gwendoline Christie of Game of Thrones fame as Titania and Oliver Chris (Green Wing) as Oberon.

The famous Shakespearean play follows the feud of a fairy King and Queen who meet four runaway lovers and a troupe of actors in the forest. As their fight intensifies the mortals are swept up in it leading to mistaken identities and love triangles.

It is directed by Nichola Hytner, building on the success of his immersive staging of Julius Caesar last year.

The Observer said ‘five stars might not be enough’ in its review of the production and The Times described it as ‘spectacular’.

Tickets are £10 or £5 for students and these can be booked online or bought on the door (please note: only cash is accepted on the door). Parking at the Cope Auditorium is free.

The NT Live screenings at Loughborough University are brought to you by Flix student-led cinema, in collaboration with LU Arts.