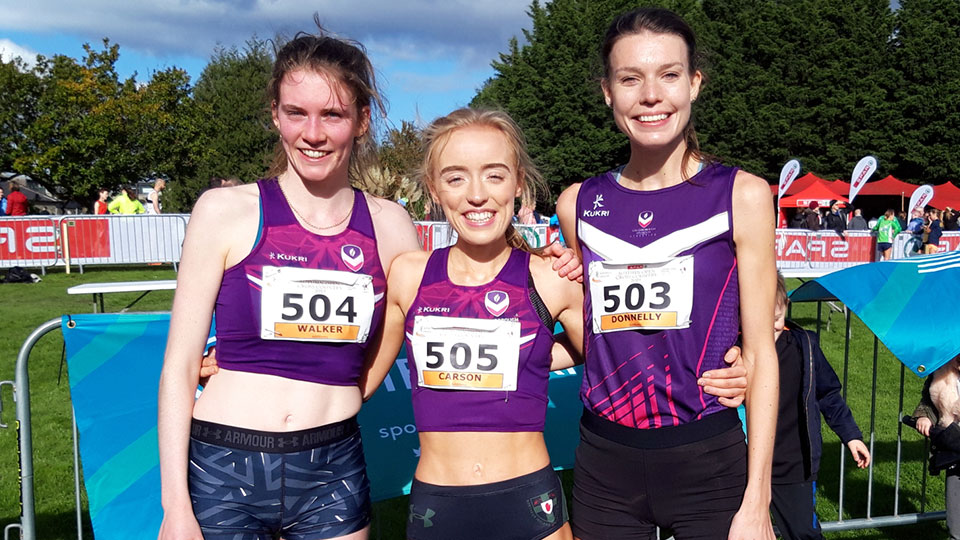 Loughborough runners give another strong performance in Leeds

A strong contingent of Loughborough students and alumni were prominent among over 7000 starters in the annual Age UK Leeds Abbey Dash 10k road race.

In the elite team competitions, Loughborough athletes lined up against representative teams from England, Scotland, Wales and Northern Ireland.

Post-graduate student, Abbie Donnelly, fresh from victory in the Dublin International Cross-Country event a week earlier, recorded a personal best of 32.00 for 2nd place in the Women's section. Jessica Judd came in just behind at 32.11 for 4th place.

In the men's event Loughborough was well represented in the leading finishers by its alumni, including the for Kris Jones in 4th place, James McMurray in 12th and Frank Baddick in 14th.

Head Endurance Coach, George Gandy said: “The Age-UK Abbey Dash saw numerous fine performances by Loughborough students and alumni with and 23 of them recording personal best performances. Congratulations to all.”