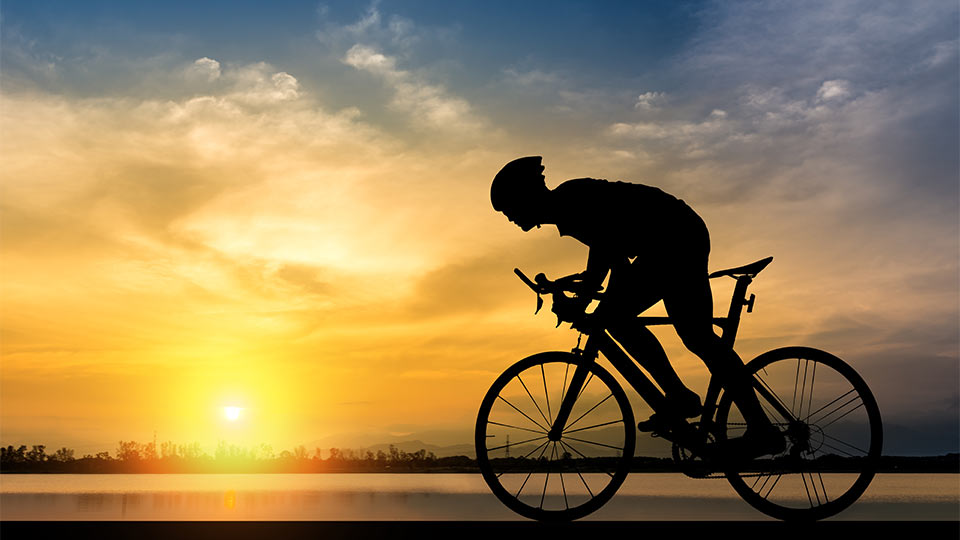 A group of cyclists with strong links to Loughborough University are taking part in a 125-mile bike ride to mark the opening of a new Halls of Residence on campus.

The group of cyclists is made up of staff from Loughborough University and colleagues from David Morley Architects, London, who have worked together on the EAC and the new halls of residence.

The ride will take place on 14th June with cyclists heading north out of London from the Olympic Park, over the Chilterns, past Milton Keynes and Northampton, through Market Harborough and around the top of Leicester to Loughborough.

To prepare for the challenge, members of the group have been training individually over the past few months and squeezing in miles on the bike whenever possible.

Mark Davies, sports capital strategy and maintenance manager, at Loughborough University, said a key part of both developments was to create an active landscape. Through the bike ride, the team wanted to carry on promoting the messages of active lifestyles and wellbeing.

Mark said: “From the outset, Loughborough University has worked with David Morley Architects to understand and deliver what the students wanted to engage with.

“This has resulted in a unique environment that encourages students and visitors to the area to be active and enjoy the outdoor environment.

“From road running tracks to artificial areas, trampolines to traversing walls, boot camp style areas and grassy knolls for relaxing and yoga, this environment has it all to encourage and engage the individuals.”

Alastair Wood, an architect at David Morley Architects, who worked on the EAC, said: “The idea to promote active lifestyles and communities was at the heart of this project from the very inception.

“Making a connection from Loughborough in London to the EAC the home of future Olympians, was part of these early discussions.

“We thought a cycle ride would be a great way to highlight and celebrate the project as well as demonstrate actually living the message with the added benefit of spending time with like-minded individuals.”