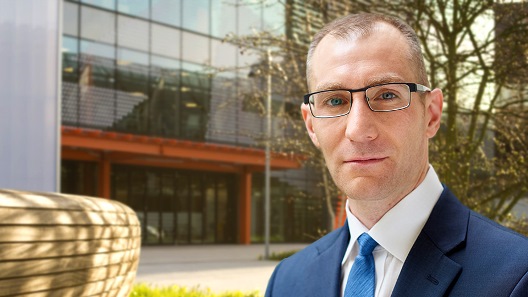 Aaron Smith has been appointed as Professor of Sport Business at Loughborough University London.

A global leader in his field with a formidable record of industry connections, his research focuses on the management of psychological, organisational and policy change in sport business.

Professor Smith was previously at Australia’s Royal Melbourne Institute of Technology (RMIT) University, where he was the Deputy Pro Vice-Chancellor at its College of Business and part of the RMIT Graduate School of Business and Law. Prior to RMIT he was Head of Department and Chair of Sport Management at Melbourne’s La Trobe University.

He has authored 18 books and over 100 academic articles.

Speaking about his new role, Professor Smith said: “It is fantastic to be part of world’s top sporting university. The ISB has immense potential and I’m excited to be part of its development and growth.”

Professor James Skinner, Director of Loughborough University London’s ISB, added: “We are delighted to have Professor Smith at our London campus. He is internationally renowned for his knowledge and experience in sport business, and will be a great asset to the institute.”

Professor Smith has been appointed as part of the University’s Excellence100 campaign. Launched in January, the campaign is aiming to recruit up to 100 outstanding academics across a wide range of disciplines.