One million disadvantaged children are at risk of malnutrition, ill-health and hunger this Christmas due to a two-week hiatus from the vital nutrition of free school meals.

What should be a time of festive enjoyment for Britain’s 4.6 million youngsters, aged between six and 16-years-old, is in many cases a battle against food poverty.

Figures from the Institute of Fiscal Studies show there are more than 1 million children in the UK who receive free school meals – an estimated 210,000 extra youngsters will be eligible after the rollout of universal credit.

In many cases, school dinners are the main source of nutrition for youngsters from disadvantaged backgrounds.

More about the 2018 Christmas campaign

Dr Clare Holley, of Loughborough’s, said: “During school holidays children do not receive their usual free meal, and families often have greater outgoings than during term time, meaning that even children who are not eligible for free school meals are at risk of holiday hunger.

“Christmas is a particularly expensive time of year for all families, where the financial strain of childcare and gift-giving means many families are under struggling.”

In a bid to combat the negative implications of ‘holiday hunger’ academics from Loughborough have teamed up with the charity StreetGames on an initiative called Fit and Fed, which aims to ease the impact of food poverty for families all over the UK.

Between April 2017 and March 2018, the Trussell Trust’s foodbank network provided 1,332,952 three-day emergency food supplies to people in crisis, which is a 13% increase compared to the last year. 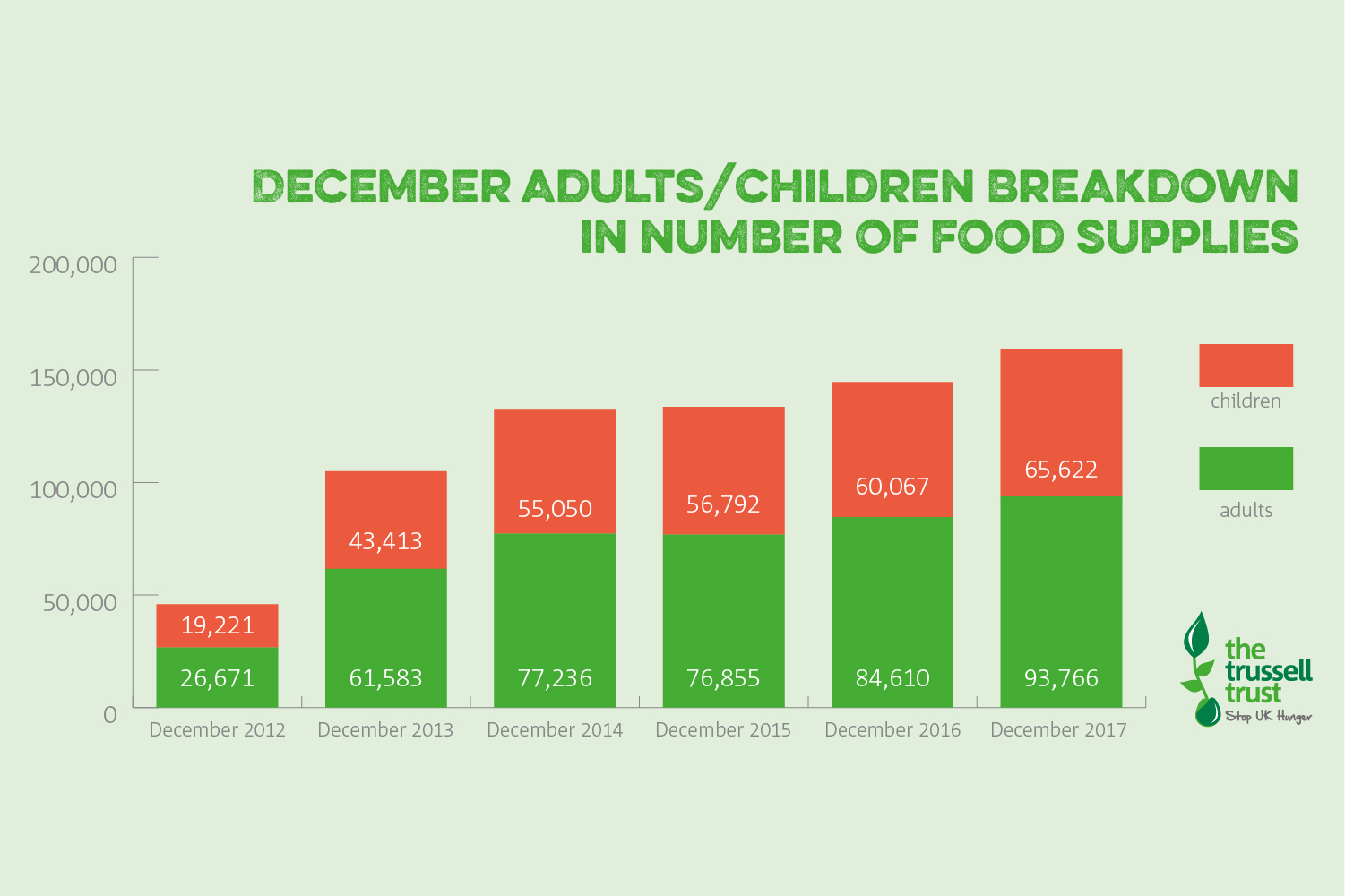 “By tackling holiday hunger, we can lessen the nutritional deficit that a significant proportion of UK children fall victim to, as well reducing the associated adverse consequences for the health and wellbeing of these children.”

The Fit and Fed project provides free food at summer sports clubs, to children living in the most deprived neighbourhoods in the UK.

“We found that children who participated in the project experienced a broader diet, ate more fruits and vegetables, and had improved nutritional knowledge,” said Dr Holley.

“They also showed improvements in behaviour, mood, and concentration and were able to take part in shared mealtimes and team sports – both of which have known benefits.

“The importance of these experiences should not be underestimated, with previous research asserting that shared mealtimes are associated with children having a reduced risk of substance abuse, improved language development, higher academic achievement, and reduced risk for paediatric obesity.”