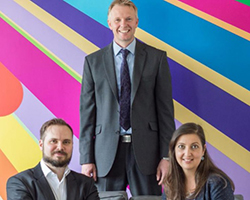 Researchers here at the SBE have analysed hundreds of thousands of tweets related to the 2012 superstorm Hurricane Sandy to measure the impact of large-scale disasters on people’s mental health. “We showed that excess risk of multiple basic emotions could be mapped in space and time as a step towards anticipating acute stress in the population and identifying community mental health need rapidly and efficiently in the aftermath of disaster.

Currently, a team around Dr Martin Sykora, Dr Suzanne Elayan and Professor Tom Jackson, all based at the Centre for Information Management (CIM), are looking at modelling person-level mental health conditions from social media data.

To read more about EMOTIVE and the team behind it, please read the Inspire article.