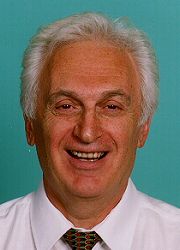 Graduated from Moscow High School with a Gold medal and from Moscow State Technological University (STANKIN) with a distinction diploma in mechanical engineering. PhD and DSc from Russian Academy of Sciences. Founder and Head of Vibration Engineering Laboratory in Institute of Machine Studies, Moscow - Russian Academy of Sciences. Guest Professor of Munich Technical University. Consultant of HILTI AG (Liechtenstein). Joined Loughborough University as a Professor of Dynamics in 1995.