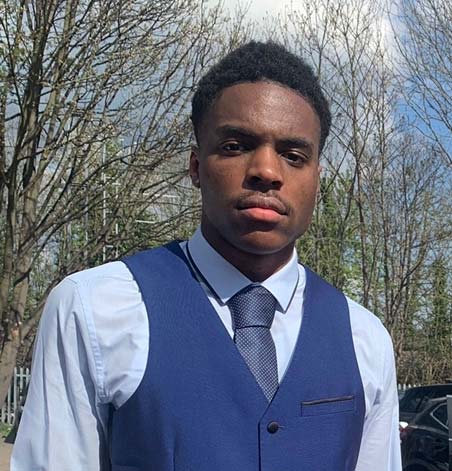 A Loughborough student has recently been recognised as one of the UK’s most outstanding African-Caribbean students by Future Leaders.

Philip Ilono, who is currently undertaking a master’s in Data Science and previously graduated with a degree in Electronic and Electrical Engineering from the Wolfson School, was named in a list along with 149 inspiring students and recent graduates from across the country.

The list was published in Future Leaders, an annual publication which aims to guide and inspire future Black talent across schools and colleges who may be considering higher education.

Philip was recognised for various activities and initiatives he has been involved in outside of his degree. For example, he is both the treasurer and IT technician for his church, and he also took part in JP Morgan’s Hackathon called Code for Good, which was held for as an opportunity for engineering students to solve real-world problems. Philip and his teammates were tasked with developing an idea to help a non-government organisation which was struggling to receive donations to support refugees. His team’s idea, which was to develop an app that allowed individuals willing to help to understand whether their belongings were eligible to be donated, has now been taken forward by the organisation.

To celebrate his recognition on the list, Philip was invited to attend a launch event of the publication in London that featured talks from special guest speakers and workshops along with networking opportunities.

Of the achievement, he commented: “I feel proud to have achieved such an award and the experience really showed me what I have achieved during my university career. It showed me that I have done numerous academic and non-academic projects at a high level to be recognised nationally. The opportunity to also network with people at the top of their field was priceless.”