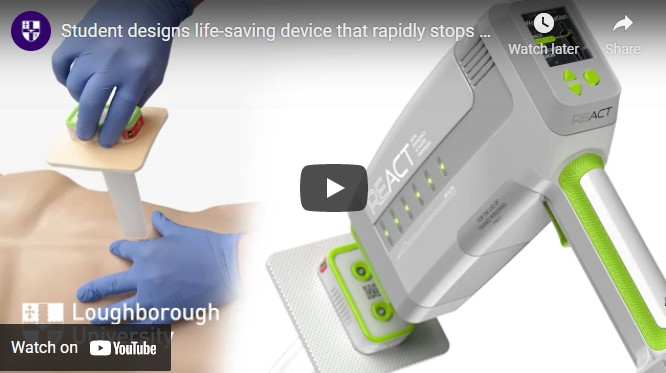 ‌
In the year ending March 2019, 259 people were killed in the UK using a sharp instrument, including knives and broken bottles.

A victim of a stabbing can bleed to death in just five minutes, so the priority for first responders is to control bleeding from the wound.

The police are often the first emergency personnel to arrive at a scene, so the speed at which they administer bleed prevention treatment is paramount to increasing the chances of survival.

Joseph Bentley, a final year Product Design and Technology student, has designed REACT – a new method for rapidly stopping catastrophic blood loss from a knife wound that could be carried out by first responding police officers while waiting for an ambulance.

Applying internal pressure is key when dealing with stab wounds and REACT, which stands for ‘rapid emergency actuated tamponade’, is based on this principle.

REACT is comprised of two parts: a medical-grade silicone sleeve, known as a ‘tamponade’, and a handheld device called an ‘actuator’. 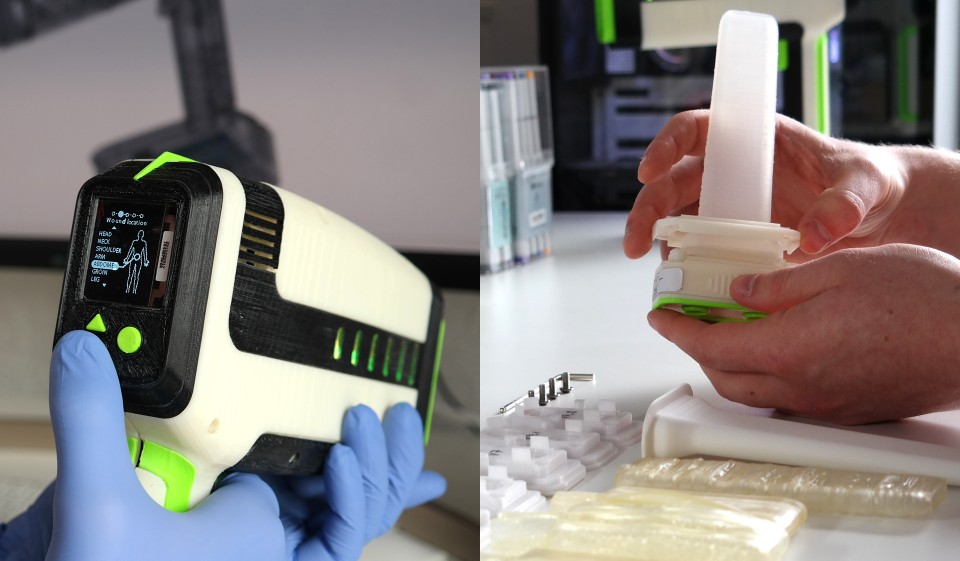 The components of REACT.

Impaled objects should never be removed from stab wounds as they apply internal pressure. However, in cases where the wound is open, emergency responders could use the REACT device.

The emergency responder would be first required to insert the tamponade into the wound.

They would then connect the actuator to the tamponade via a valve and select on the device the area of the body the wound is located on.

The actuator would then inflate to a defined pressure based on the wound location, preventing internal bleeding. 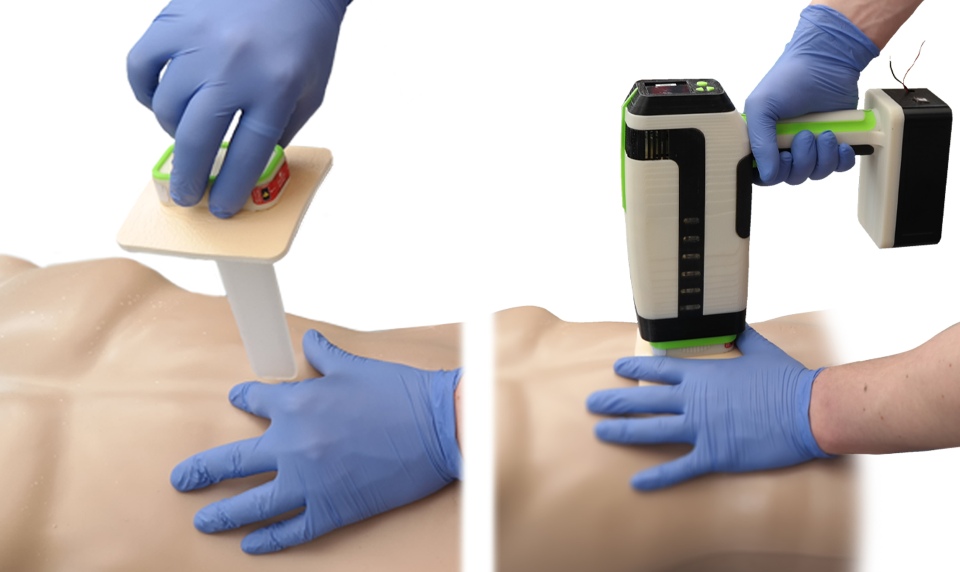 The emergency responder would first insert the tamponade and then use the actuator to inflate it.

Joseph has created a 3D-printed semi-functional prototype, with working side and rear user interface, side LEDs, and actuator.

The prototype is currently targeted at junctional wounds (such as those in the armpit and groin areas) and the abdomen – a location paramedics and emergency first aid professionals told Joseph is hard to treat during his project research.

When asked why he wanted to create a device focused on saving stab victims, Joseph explained that knife crime has impacted people he knows personally.

“I know several friends who have been the unfortunate victims of knife crime, thankfully none of the incidents were fatal”, Joseph explained.

“I am haunted almost daily by news of someone who has lost their lives because of knife crime; there were five murders in three days this spring bank holiday. It’s horrifying.”

He continued: “The simple application and automated inflation procedure of the REACT system makes it a game-changer for first responders.

“The tamponade can be in place and stopping a haemorrhage in under a minute, saving hundreds of lives a year, and as the tamponade is suitable for large cavities like the abdomen, it is also easier and faster to remove than current methods used to stop bleeding, giving the patient the best chance in reconstructive surgery.”

Joseph is now looking to further develop REACT – extending it to other wound locations on the body, making it internally battery-powered, and perfecting the required air pressure in the tamponade. 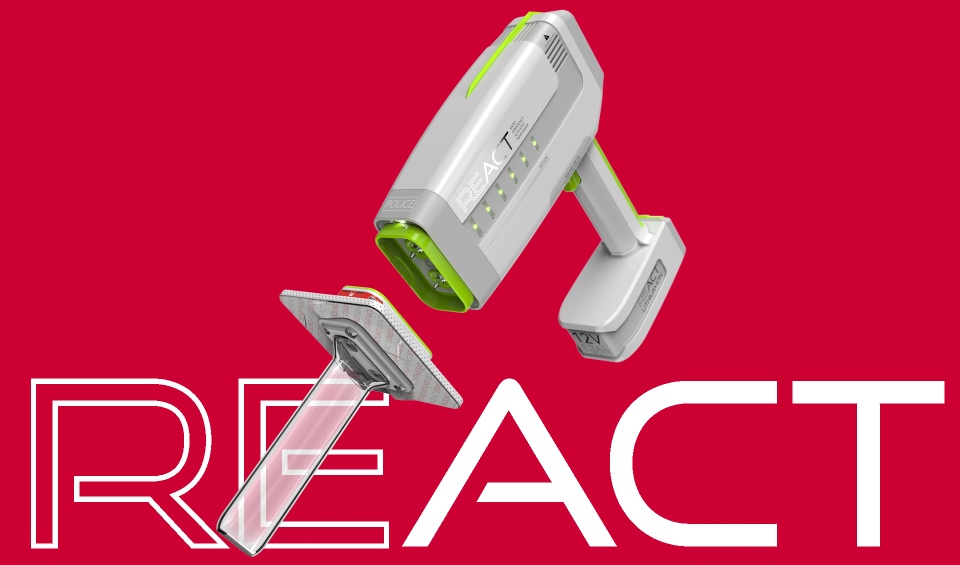 Of what he ultimately aims to achieve with REACT, he said: “Medical device development takes a long time, but hopefully in a few years the REACT system will be used to control the bleeding in victims of knife crime and save lives.

“I’m hoping one day it will be carried by all emergency services - police, ambulance staff, even the military, but the absolute goal is to get this product in use as soon as possible.”

Joseph is showcasing REACT as part of the Degree Show 2021. More information on the show can be found here.