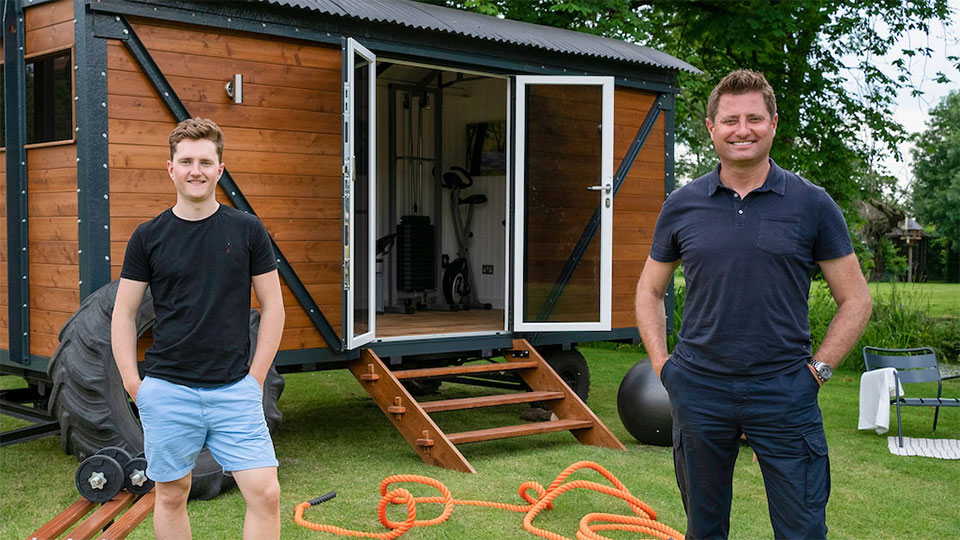 Lewis said: “I have been fascinated by design and construction from a young age, which led me to study Architectural Engineering at Loughborough University. The knowledge gained from my lecturers Professor Mohamed Osmani and Dr Kirti Ruikar has been invaluable as it allowed me to design and complete the project.” 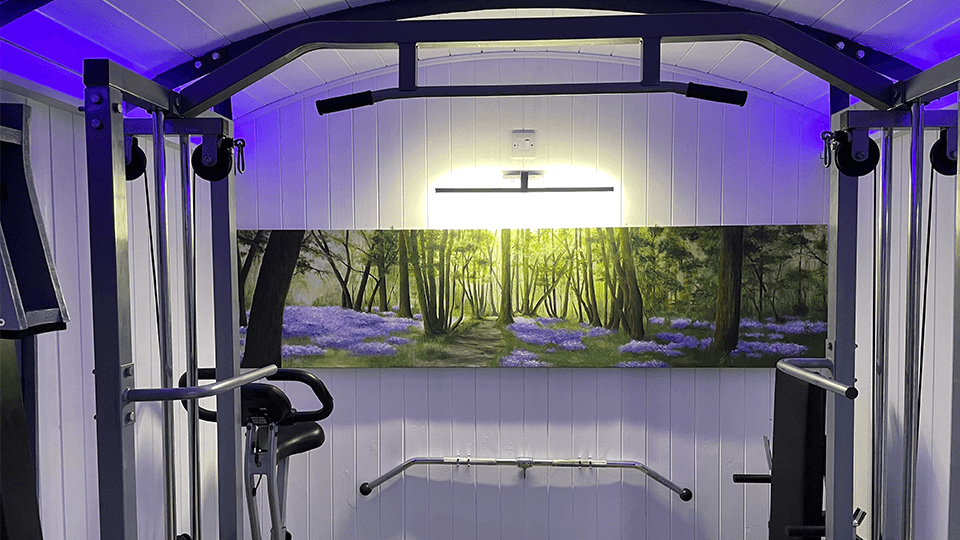 The first stage involved dismantling, sanding down, and preparing all the old steel to remove rust and fix damaged panels. To allow for the carriage to be moved, Lewis found an abandoned Word War II bomb trailer online, mounted the carriage frame on top, and began cladding the exterior, insulating the walls and creating the inside. Lewis has converted it into a luxury gym and sauna.

Lewis explained: “Cutting up and designing the gym equipment to fit the small space was a real challenge along with creating the curved roof for the sauna. However, the CAD design skills I have acquired through my degree enabled me to design the carriage in Autodesk, minimising waste and ensuring everything fit perfectly.”

The episode was filmed as part of the tenth series of George Clarke’s Amazing Spaces. Lewis spent two days filming with George Clarke, along with five additional days with just the camera crew.

Lewis added: “The whole process was fantastic to be involved in and a real experience to see how documentaries are made. I would like to thank everyone who made the project possible and the Channel 4 team who documented it.”

Lewis's story is shown in ‘Season 10 Episode 4: Railway Carriage and a Victorian Loo’, which aired on Friday 28 January on Channel 4.