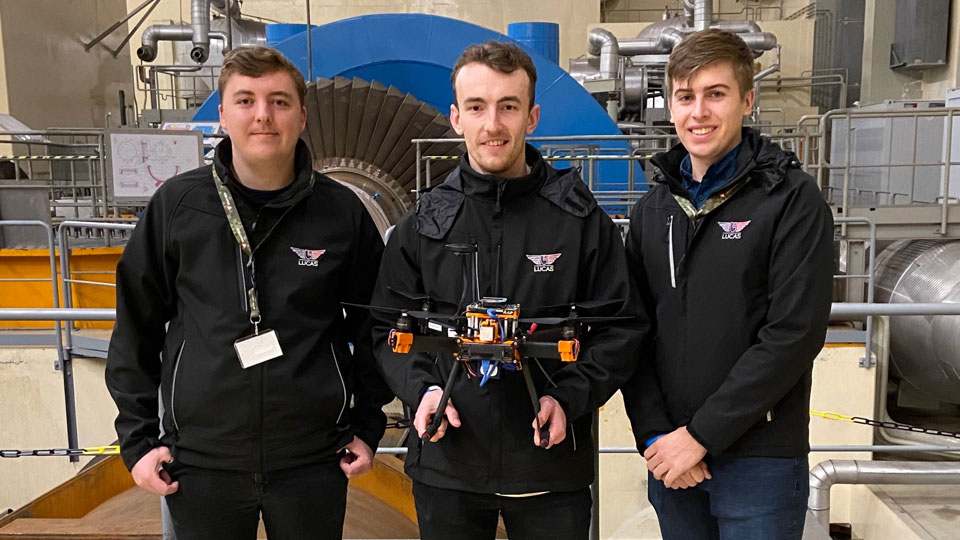 Researchers from the School of Aeronautical, Automotive, Chemical and Materials Engineering (AACME) successfully competed in a robotics trial last month which saw them put their unmanned aerial vehicle (UAV) to the test around a nuclear power plant.

Three researchers from the Loughborough University Centre for Autonomous Systems (LUCAS), consisting of PhD students Callum Rhodes and Tim Glover and research assistant Ewan Pugh, took part in the European Robotics Hackathon (EnRicH) event between 4-8 October. Held at Zwentendorf nuclear powerplant Austria, LUCAS were the only UK-based team to take part, along with teams from leading technology institutions from around the world. With their quadrotor UAV, they performed autonomous mapping of the powerplant, seeking out sources of radiation that were distributed throughout the plant.

Read the full article below.