A FLYING VISIT: Alumni return to discuss helicopter operations in the Royal Navy

A Royal Navy helicopter from the Commando Helicopter Force took to the sky above Loughborough University earlier this week as six naval officers returned to their old stomping ground to meet with current students. 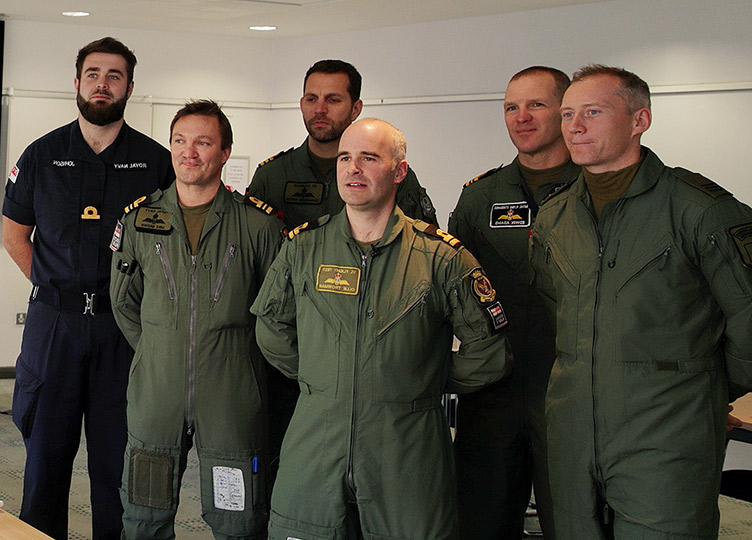 Alumni Cdr Edward Vaughan, Lt Cdr Michael Brown, Lt Cdr Edwin Adams, Lt Oliver Trowman, SLt Declan Johnson and Sgt Graham Smith said it was “great to be back” on campus – though they noted that the landscape has changed since their days of studying.

The six returned to Loughborough on Tuesday to talk with Aeronautical Engineering students and brought with them a Merlin HC MK4 – a new, ‘fully-marinised’ helicopter, which is equipped with flotation gear and a foldable tail and rotor blades to enable more of the aircraft to be carried on aircraft carriers at sea.

The officers discussed helicopter operations in the Royal Navy and provided practical, operational advice to the students, who are all working on design projects under the themes of ‘heavy lift capabilities at high speed’ and ‘aerial mine detection and clearance’. 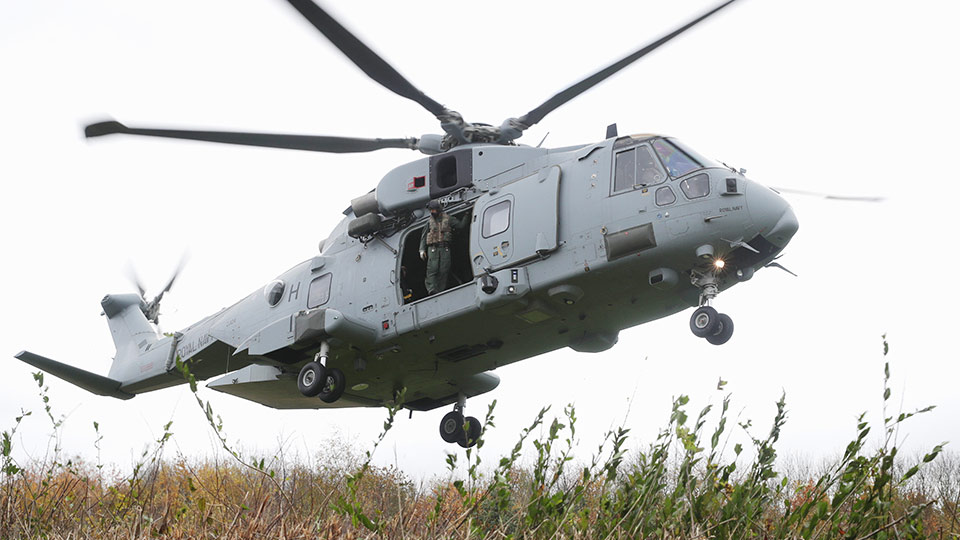 The talks were particularly special for Lt Cdr Edwin Adams and Lt Oliver Trowman, who have close links with the department, having both graduated with BEngs in Aeronautical Engineering in 1999 and 2002, respectively.

Lt Oliver Trowman, who co-ordinated the visit, said: “It's an honour and a privilege to come back and talk to the students and maybe even inspire some of them.

“It’s quite amazing to see the transformation of the University and it’s nice to see that the students are still as enthusiastic as we were back then.

“This wasn’t a career I had considered at university so hopefully this has sparked a bit of interest in one or two people and shown them that this is career choice available to you once you’ve got a degree from Loughborough.”

Lt Cdr Edwin Adams added: “I had a great experience studying at Loughborough and it’s fascinating coming back to the Aeronautical Engineering department.

“It's lovely to come back and show the students some of the practical applications of their education and hopefully inspire them and show them one or two directions they could take their career.”

The naval officers also met with students from the East Midlands Universities’ Air Squadron (EMUAS) during their visit and delivered a short lecture, with questions and answers, followed by a tour of the helicopter.

As part of their visit, the team took to the sky four times in the Merlin and were met with cheers from staff and students on the ground.

‌The Commando Helicopter Force’s Merlins are used to transport troops and equipment from vessels at sea to shore, and also to undertake recovery and rescue operations.

Several STEM staff and students were welcomed aboard the aircraft and got to enjoy a unique aerial view of campus and the surrounding areas. 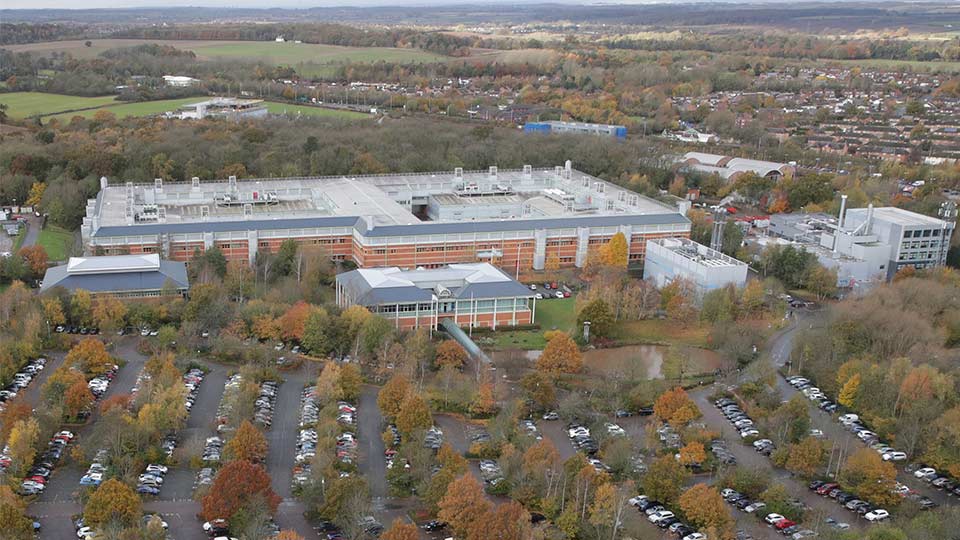 Cdr Edward Vaughan, who graduated with a degree in Commercial Management with Quantity Surveying in 2001, shared his advice for students considering following in his footsteps.

He said: “Life in the armed forces can be as varied as you wish. I’ve been fortunate enough to go to 22 different countries in the last three years.

“My advice to students would be to find something you enjoy that you can get paid to do. I did work in an office before this, doing spreadsheets every day. I don’t miss that!”

Of Loughborough and discovering the #Lborofamily connection within the Navy, Cdr Vaughan said: “I think Loughborough prepared me for life in the Royal Navy as it developed me individually and professionally as well.

“The Loughborough connection [shared by the officers] came together around three years ago over a beer in the Arctic Circle – we were talking about university and Lt Ollie Trowman mentioned Loughborough.

“We put two and two together and figured it’d be useful to come back here one day knowing the requirement in the Royal Navy for engineers and that Loughborough is a hub for engineering activity.

Professor Chris Rielly, Dean of the School of Aeronautical, Automotive, Chemical and Materials Engineering, said of the visit: “We love meeting up with our alumni.

“It was a great pleasure to welcome Lieutenant Ollie Trowman and five of his colleagues to speak to our Aeronautical Engineering students about their experience of flying and running helicopter operations in the Royal Navy.”

SLt Declan Johnson graduated with a degree in Product Design Engineering in 2014 and went on to complete a MSc in Sustainable Engineering the following year.

To see the video of the helicopter in action, please go to this link.