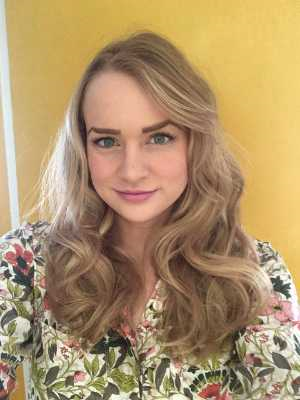 The idea of flight was really intriguing to Jennifer and as there is a lot of demand for aerospace engineers, a quality education in engineering would lead to future opportunities.

As well as the quality of the course and the fact that a number of employers like to take Loughborough students, Jennifer particularly enjoyed the fact that Loughborough has everything in one place, including access to security, should there be any problems, which led in part to her choosing Loughborough University.

As with all students, Jennifer was slightly nervous about coming to university and so she promised herself that she would speak to someone on her first day and did it, which led to making a large group of friends, some of whom she is still in contact with, including that very first person she spoke to!

Jennifer originally stayed in University Hall ‘The Holt’, which she felt was perfect for her, as they have bigger rooms/beds/desks and it was a quieter Hall, which suited her needs.  As Jennifer is dyslexic, she chose to access support in her first year at university.  When she identified her individual needs, she flagged these up with support staff and her needs were met, which has contributed to her positive experience.

On her undergraduate programme (MEng Aeronautical Engineering), Jennifer particularly enjoyed gas turbine, noise control and vibration modules, which gave her the knowledge she relied on within her placement, which she undertook after her third year of undergraduate study.

Her placement was at ITP Engines – she was the first female placement student to go to this company and so the imbalance between male and female engineers was apparent.  She undertook two 6th month rotations in rig design and controls departments. The placement led to greater confidence in leading groups in the final year of her undergraduate degree.

Jennifer plans to complete her PhD and then go onto academia, perhaps teaching at university level, but she also plans to be at the forefront and pushing boundaries in engineering.

It is clear that Jennifer has now reached a point in her education and personal development where she feels confident in the world of engineering and she is passionate about wanting to make positive changes in this sector, especially in respect of women.

Jennifer wants to contribute positively to what is known as the ‘leaky pipeline’, which is a phrase which describes the higher numbers of female engineers who drop out of academia, (as opposed to males), especially at the higher levels of academic achievement.

“You have to put yourself forward when you know you can do it.”

Elected Chair of Loughborough University WES, (Women in Engineering Society) in 2018, within this role, Jennifer has undertaken extracurricular work in schools, speaking to students about engineering – she has been a role model for younger potential engineers; providing opportunities such as running skills workshops and doing presentations on becoming an engineer.  She hopes that young people will be inspired to become engineers – both males and females - and she hopes that she can play a role in inspiring students to become the next generation of engineers.

“I am most proud of becoming a STEM Ambassador in the Leicestershire region.”

Jennifer is now on the National WES Board and she has recently done Radio Leicester interview.  She has also undertaken a Lottie Tour, which is done via WES.  (photo right) 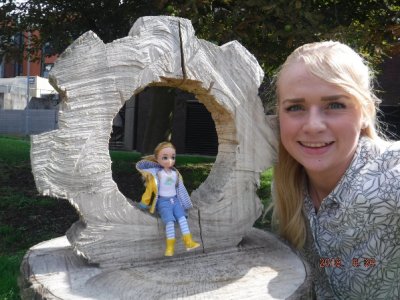 Jennifer has achieved much over the past years, which also includes, but is not limited to:

Future aims for Jennifer?  Her ambitions include being on the Leicestershire panel for IMechE, progressing from the Young Members Committee.  She will be attending the National service at Westminster Abbey to celebrate the Year of Engineering as a representative of WES, as the Chair of the University group's Board.  She is also currently aiming to create, set up and maintain WES ambassador training and if her current track record is anything to go by, we are sure that she will achieve all this and more!

“Be true to who you are and have the confidence to be tenacious.”