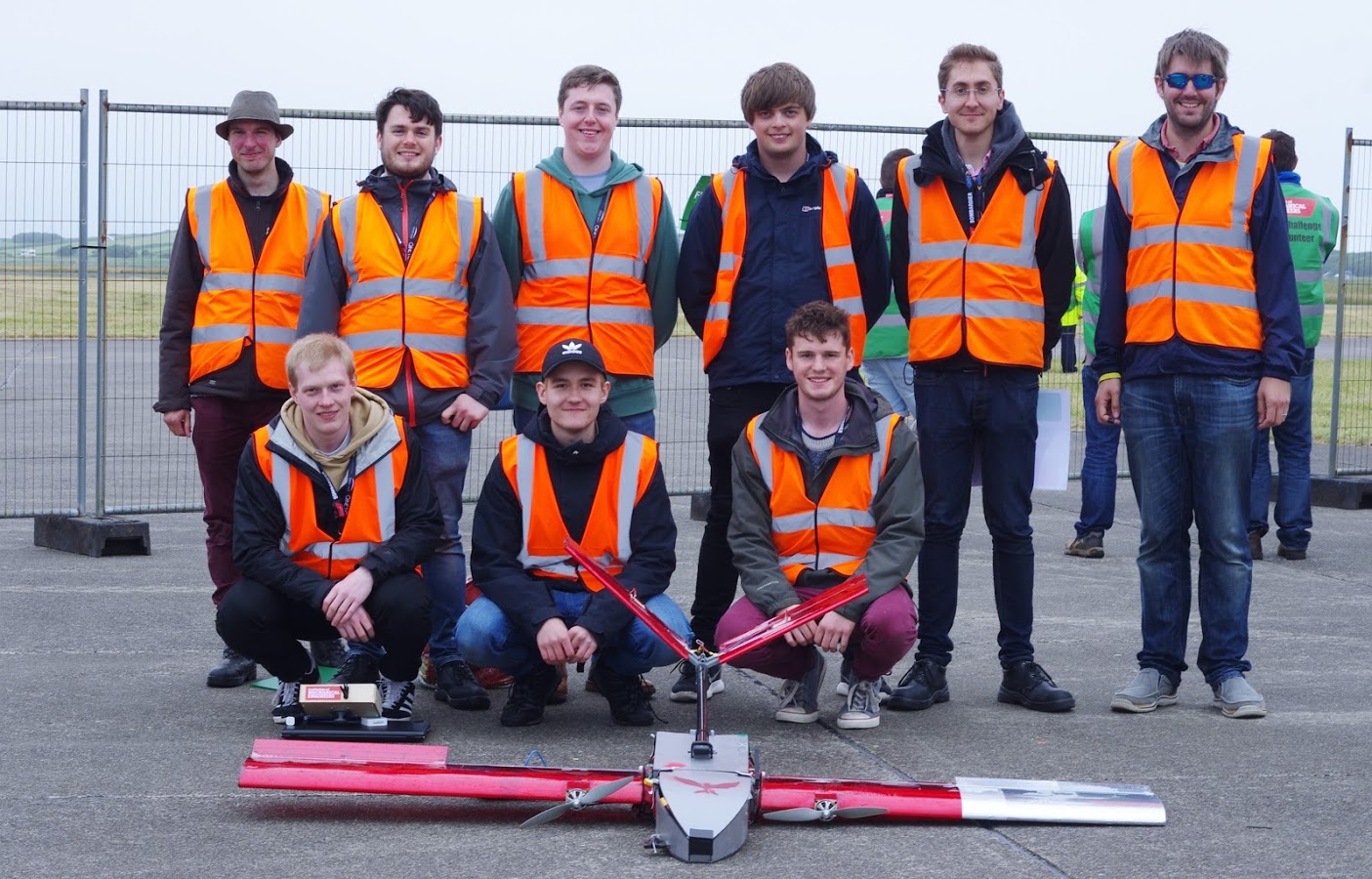 The aim of the challenge was to design, build and fly an autonomous aircraft capable of two missions.

The first was to search for, geo-locate and identify ground-based targets in the form of letters and the second was to accurately release as much payload as possible, in the form of bags of flour, onto a ground target.

The competition is designed to simulate a possible humanitarian aid scenario.

As part of the competition, groups must submit a concept development report and business case as well as performing the flight missions at the event. The event draws entries from universities around the globe.

This year the Loughborough Team came highest for their concept report of all the teams entered.

Despite very windy conditions on the day of the event, the team managed to get airborne with 3.5 kg of payload on board, (almost double that of previous Loughborough entries), all in an aircraft weighing under 7kg in total.

The team also managed a very creditable reconnaissance flight on day two in which the fully gimbal stabilised camera system developed by the team was able to locate and identify the target letters and transmit this information back to the ground station whilst still in flight.

All in all, a very good performance in less than ideal weather conditions, well done to the whole team! A video of the plane in action can be seen here

The team also kept up their links with other teams, notably NUST University from Pakistan and UCL London; getting a mention and vote of thanks in the closing ceremony for their help and support.